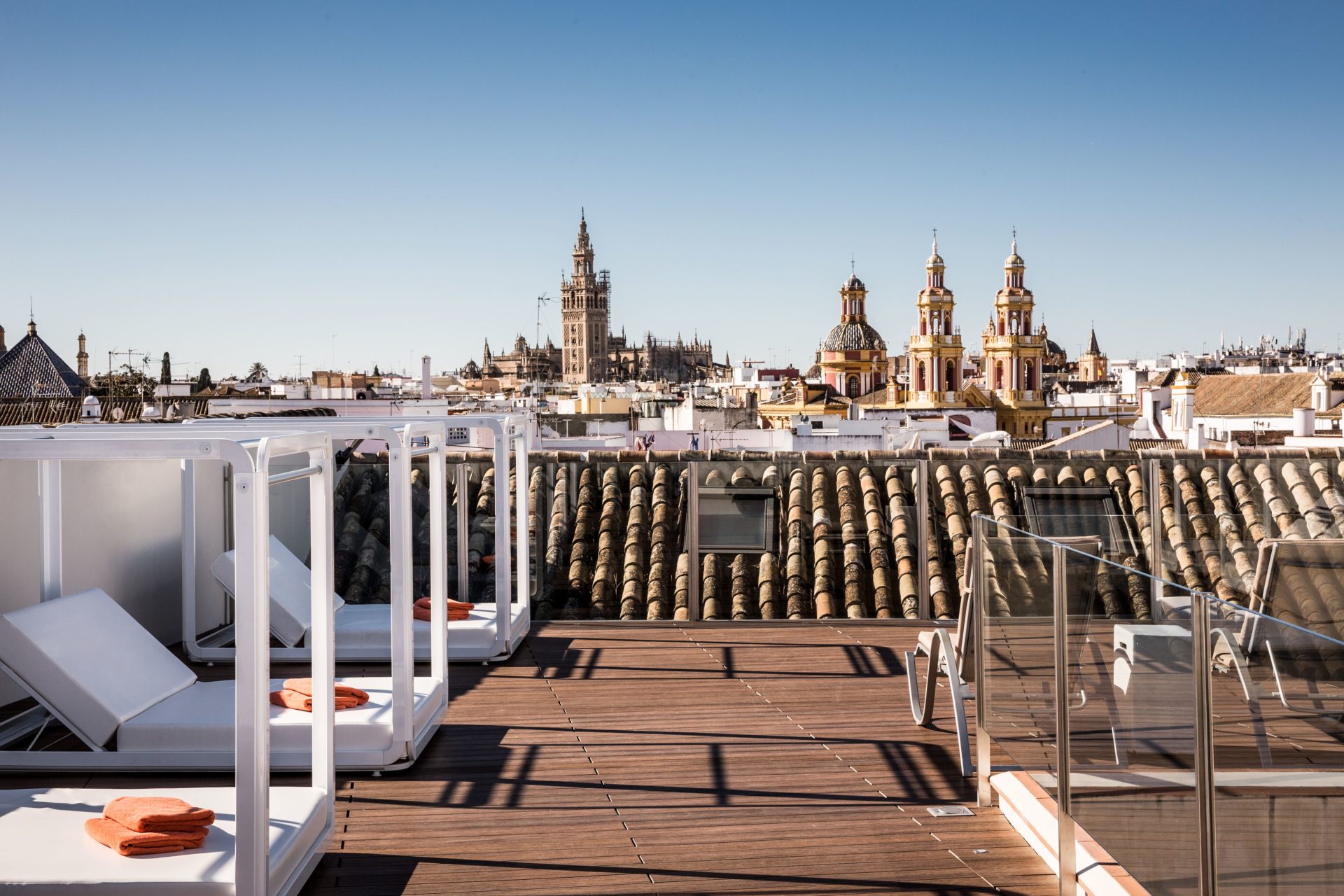 Do you feel like you’ve been to Paris, Rome and Lisbon one too many times, and have ticked London, New York, and Bangkok off your bucket-list? There are a whole host of cities which are often overlooked, just waiting to be discovered by the culturally curious.

Here’s where to go to step off the tourist trail:

Days in Seville are for discovering centuries-old sites – this small but perfectly formed city is brimming with architectural points of interest, from mudéjar masterpieces to vivid Moorish mosaics.

Pay a visit to Christopher Columbus’ tomb and Santa Maria de la Sede, one of the largest cathedrals in the world. After dark, the city’s sultry side comes out – hop from tapas bar to tapas bar before the seductive sound of stamping shoes draws you to the flamenco floor.

Where to stay: Located just a few steps from the Barrio de Santa Cruz, Hotel Palacio de Villapanés puts the best of Seville at your feet. This converted 18th century palace puts a modern twist on authentic Andalusian opulence, with a tapas-serving terrace, palatial suites, and serene spa.

At the crossroads between Morocco’s major cities, Fez is a colourful mish-mish of magic carpets, medina stalls stacked with spices, and lively souqs selling sweet dates and freshly baked bread. Step through Bab Boujeloud (the ‘Blue Gate’) and back in time.

Treasure hunters should be prepared to haggle over Fassi pottery and traditional babouches (leather slippers), while art lovers will appreciate the vibrant collection of Moroccan arts on display at the Batha Museum. Here you can view everything from cobalt Fassi ceramics to intricate zellige tiling. To see the tiles in situ, as well as beautifully carved plasterwork, visit the 14th-century Medersa el-Attarine.

Where to stay: With a name meaning ‘magic’, Hotel Sahrai comes with minaret and medina views, Taza stonework woven through crisp interiors, and a wow-factor Givenchy Spa. With a hip atmosphere and delicious cocktails served under starry skies, the hotel’s rooftop is perfect for ending the day in style.

Most travellers might not think of a Caribbean city break, but swap coconuts on the beach for culture in cobbled streets and you’ll uncover the real beauty of the Dominican Republic. The UNESCO-listed Zona Colonial of Santo Domingo is a tangle of 16th century Spanish buildings, including the gold-tinted, coral-coloured Catedral Primada de América.

To get a feel for Santo Domingo’s old-world charm, make time to explore the city’s tiny shops selling local larimar and rare blue amber jewellery which changes colour in the sunlight. For the best of both worlds, head to the dinky cove at Playa Caribe where you’ll likely have the beach to yourself.

Where to stay: Amidst this architectural treasure trove, Casas del XVI is a colourful cluster of individually decorated 16th century houses, jam packed with local works of art and ancient Dominican artefacts. Closely connected to the city’s brimming network of contemporary artists, the hotel offers curated guided gallery tours, creative workshops, and meet and greets with some of the leading local creatives.

While many visitors to Japan flock to Tokyo and Kyoto, the historic city of Nara should be on every traveller’s list. As the first capital city of Japan, Nara is home to an impressive eight UNESCO World Heritage Sites, from Buddhist temples to Shinto shrines.

Wander through the serene Isui-en Garden, be inspired by the world-famous Todai-ji Temple, lose yourself in the pathways that surround the Kasuga-Taisha Shrine. Along the way, you’ll encounter the sacred deer that roam free across the city who are carefully protected as natural monuments.

Where to stay: Noborioji Hotel Nara is nestled right at the foot of the Kofuku-Ji temple and renowned for its exceptional service and French-influenced fine dining. Reflecting the beauty of the surrounding nature, one of the hotel’s most striking design elements is the masterful use of wood.

It might be the likes of Taormina and Palermo which draw the crowds to Sicily, but lesser-known Noto is the island’s capital of Baroque. Every inch of this honey-hued city is an architectural delight, where golden palazzi and gilded churches glow in the southern Sicilian sunshine.

The devastating earthquake of 1693 provided Sicilian architects with a blank canvas on which to paint their dreams, which is why the city is so homogenously aesthetic. For breath-taking views over Noto and its surrounding olive and citrus groves, scale the bell tower of Chiesa di San Carlo al Corso – then cool off over cups of icy granita and cones of just-whipped gelato.

Where to stay: While away a balmy afternoon from the privacy of Q92 Noto’s terraces that overlook the hotel’s peaceful courtyard garden, or with some fine Sicilian wine in hand while watching the world go by along the Corso Vittorio Emanuele street below. This 18th-century aristocratic residence has recently opened its Baroque doors as a boutique palazzo, with just nine individually decorated suites.

Often referred to as the gateway to Provence, Avignon is the perfect jumping-off point for out of town excursions. From cycling tours through fields of fragrant lavender, to wine tasting in the Rhône Valley vineyards, Avignon’s surroundings give travellers a taste of rural Provence.

Day trips aside, there is much to linger over in the rampart-ringed old town and along the medieval bridge. Once the centre of the Roman Catholic world, the towering papal palace is well worth a visit – while foodies will find home-grown Provençal products in the famed indoor market which is open year-round.

Where to stay: Just minutes away from Avignon, Auberge de Cassagne & Spa is a classic French country house decorated in floral prints and pastel shades reflective of the region. Wine and dine on the hotel’s sun-soaked garden terrace, or take a refreshing dip in the lavender-fringed pool.

Its luscious landscape might look like something straight from a Jurassic Park film set, but this often overlooked subtropical hideaway really is in Europe. Madeira’s Mediterranean climate – from mild winters to sizzling summers – make this a perfect island for year-round exploration without the worry of jetlag.

Blessed with consistent sunshine, balmy temperatures and a fascinating array of diversions (including cable car rides and hurtling down cobbled streets on the Monte toboggan) Funchal is a city break quite unlike any other European escape.

After admiring the street art along Rua da Santa Maria, and picking up some fresh flowers from the Mercado dos Lavradores, make a pit-stop in one of Funchal’s many poncha bars to try the island’s signature honey-sweet cocktail.

Where to stay: Tucked away from the centre amidst tropical greenery lies Quinta da Casa Branca, a marvel of modern architecture with garden suites suites benefitting from deck chairs and sun beds. Unwind under lush vegetation at the Garden Pavilion, the hotel’s snack-serving poolside restaurant.