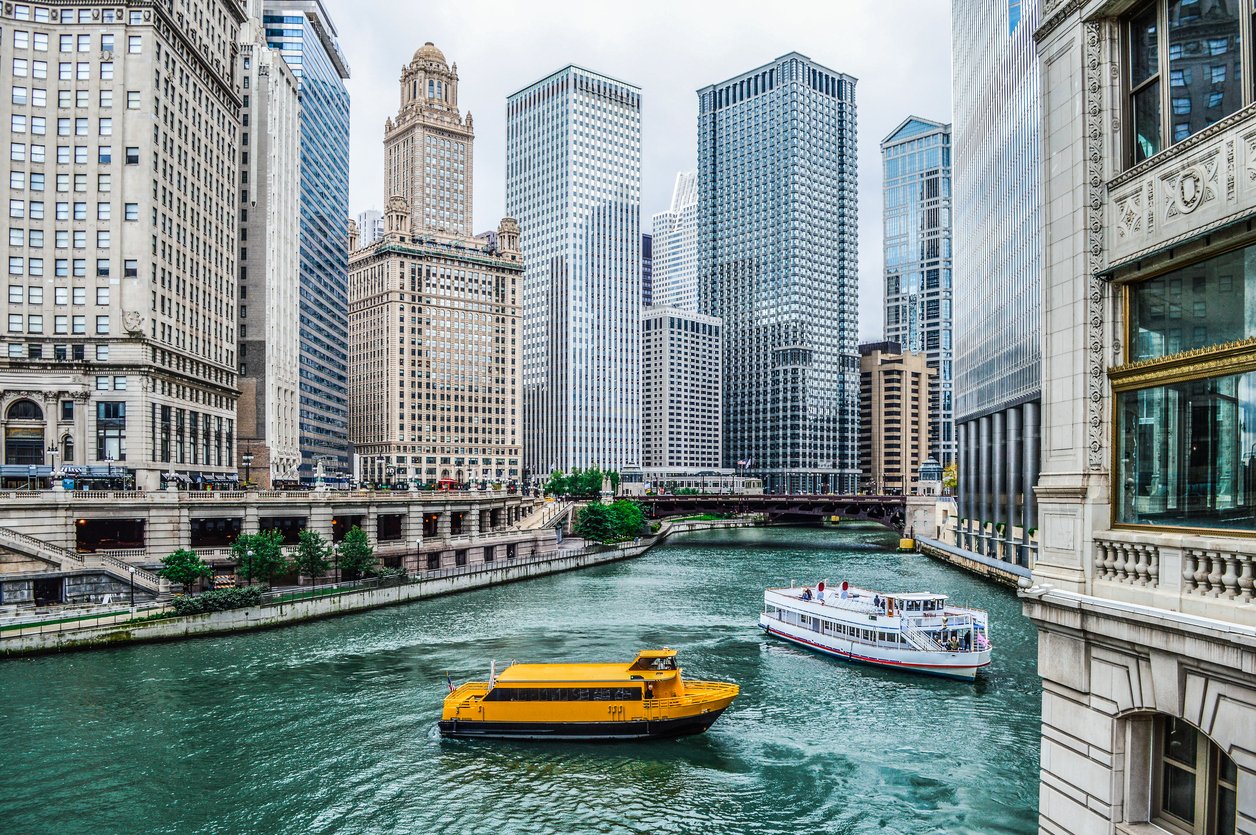 Nowhere in the US is quite like Chicago for its diverse architectural heritage. Whether you’re a skyscraper-gazer or a Lloyd Wright-lover, here’s our selection of top tours of the Windy City’s staggering skyline.

DLR at the ready! There’s plenty to snap on one of the non-profit Chicago Architecture Foundation’s fun expert-led jaunts, but we go especially weak at the knees for the romantic river cruise. An insightful 90-minute chug past more than 50 historic buildings – enjoyed from the breezy open-top comfort of the ‘First Lady’ – will reveal the city’s 100-year transformation from rustic wallflower to gutsy Art Deco dame.

Sea legs not up to much? Then join Chicago Detours for the two-hour Loop Interior Architecture Walking Tour, navigating the magnificent, historic interiors of The Loop’s most iconic landmarks, including public art by Chagall and Picasso, as well as the fascinating (and climate-controlled) underground Pedway system. Serious archi buffs note: this insightful amble pairs perfectly with the abovementioned boat tour, and comes with shared iPads for docent-selected maps, photos, and video clips.

Men erect exteriors, and women dabble in interiors, right? Wrong. From March to November, the Chicago Architecture Center takes a female-focused three-hour trip about the Loop with Women in Chicago Architecture. One among a handful of one-off three-hour bus tours, which also include a closer look at local murals, churches, Fort Sheridan, the Bungalow Belt and more.

Ten miles from The Loop sprawls Oak Park, a one-of-a-kind suburb full of painstakingly preserved homes designed by starchitect Frank Lloyd Wright. Hit up the FLW Trust for a number of expert-run jaunts in and around the area, including a snoop around his fascinating home and studio, his recently restored Unity Temple church, the Japanese-influenced Emil Bach House, and one of his most influential designs, Robie House. Alternatively, get your leg over with a cycling tour of the Historic Wright District’s gorgeous Prairie School structures. Wright on!

For more Windy City insights, nab a copy of the LUXE Chicago guide…

Retreats in the City: Wellness Havens and Urban Spas

5 Wellness Programs To Stay Healthy and Happy At Home