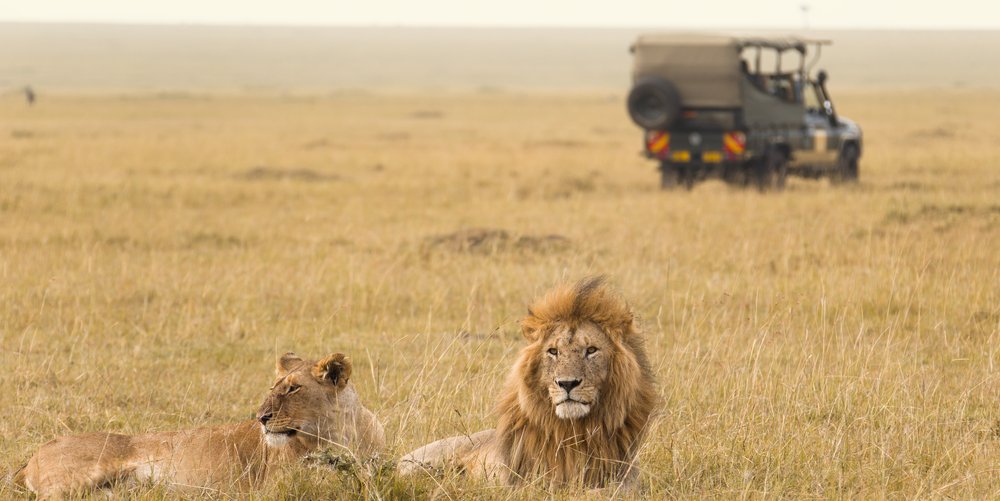 As a travel writer and editor, I’ve been fortunate to visit some extraordinary destinations, a series of once-in-a-lifetime trips that would be on many people’s bucket lists. The most recent of these was a Kenyan safari. While bouncing around in the back of a 4WD through the awe-inspiring, animals-dotted landscape of the Masai Mara, a little thought would occasionally pop into my head – should I be here? It’s something I’ve asked myself many times, especially when considering unusual, remote, poor or exotic destinations, and no doubt you have too. Here are some of the questions I ponder before jetting to somewhere potentially questionable.

In the case of safaris, it’s slightly bizarre motoring around in an open vehicle trying to get as close as possible to an animal that would dearly love to eat you. I can vouch, however, that it’s completely safe, as long as you don’t get between a hippo and water, any mother and its baby, or look like an impala. One should never be scared of adventurous or unfamiliar destinations, but it is always a good idea to exercise some precautionary common sense no matter where in the world you are. On safari that might mean listening to your guide, in Thailand being courteous of the Royal Family, or simply not singing ‘You’ll Never Walk Alone’ in an East London pub on game day.

Will I contract something?

When I travelled to South Africa in 2014, I was asked if I was worried about getting Ebola. This was at a time when an outbreak of the virus was affecting West Africa. Africa is, of course, vast, and the chance of catching something from the other end of the continent would’ve been less than that of spotting a pangolin in the wild. You should, however, always check what vaccinations are necessary for the countries you are visiting and be aware of international travel warnings. 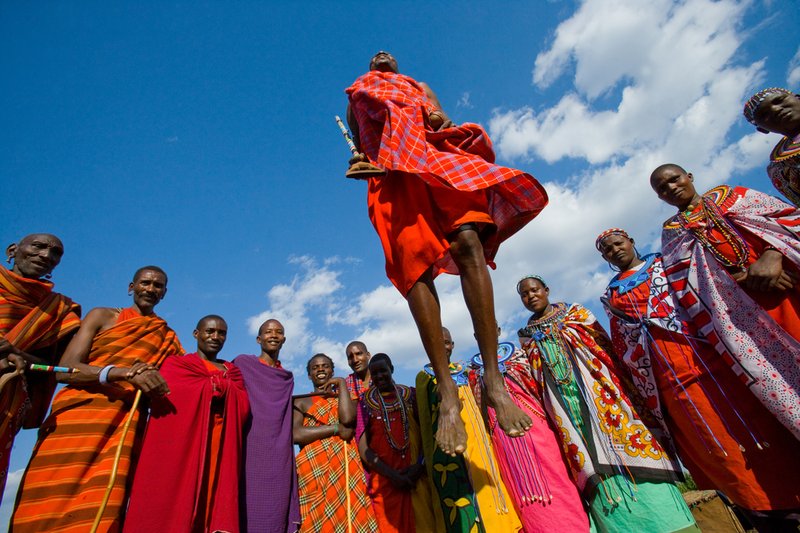 Is it culturally appropriate or voyeuristic?

While in Kenya, I found myself in a tribal embrace with some local Maasai during a village visit. I was literally taken by the hand to the middle of the settlement by colourfully dressed men and women, who were singing and chanting along the way. I felt as daft as an elephant in a tutu and wondered if the whole thing was somewhat culturally questionable. I was, however, informed by the those at the village and elsewhere that the money from my visit went to the local school and other worthy projects. In addition, the Maasai are a proud people who are keen for others to learn about their culture. As a general rule, I always support experiences that are run by and benefit local communities. 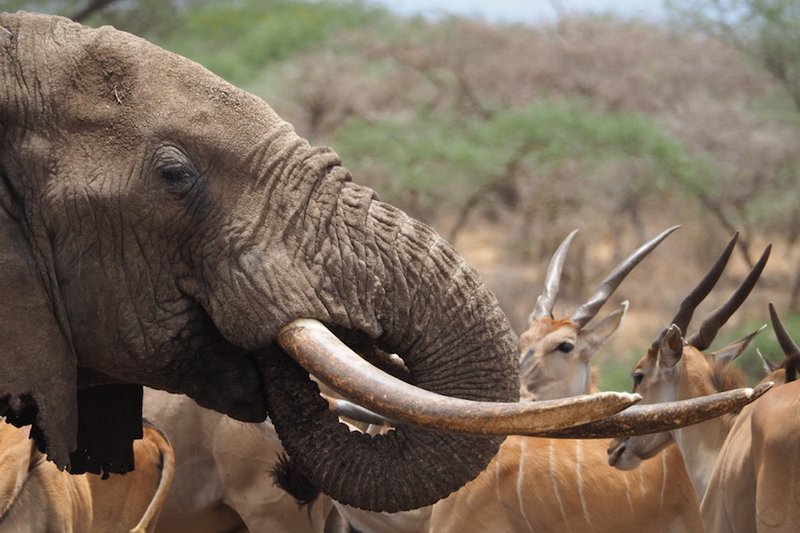 An elephant and antelope gather at a watering hole. Photo credit: Andres Vejarano

Am I destroying the environment and wildlife?

Safaris occur in some of the world’s most pristine lands. Camps and lodges are built in unforgiving places and create significant logistical issues in terms of how to keep guests fed, watered, powered and sheltered in comfort and luxury while minimising human impact. More sensitive was my visit last year to Antarctica, the world’s last true wilderness, the only continent with no permanent human population. It’s a breathtakingly alien, ice-covered realm, where the sun doesn’t shine in winter, and doesn’t set in summer. The only way for most travellers to get there is by ship, but cruise ships are arguably worse polluters than planes. Thankfully there are strict guidelines that limit the size of vessels in Antarctic waters, and the number of people allowed to land at any one time.

Am I supporting an evil dictator?

In 2004, I travelled to Myanmar, when the military junta were in power and an international boycott was in place, and I’m glad I did. Worried that I was legitimising an oppressive regime, I did my best to stay at hotels that were not entirely government operated (and better run for it) and spend my money at local eateries and shops. I had frequent encounters with Burmese people from Yangon to Bagan, most of who would simply come up for a chat. To this day it remains one of my most memorable and moving trips, an eye-opening encounter with amazing people keen for contact with the outside world who had been shunned as pariahs. I’m fascinated by North Korea in a horror movie kind of way, but Kim Jong Un really is an evil fruitcake, so I haven’t been yet. As for Cuba, go now, before America’s floodgates open. It’s too fabulous for words, a feast for all your senses, and a country where a travel boycott has long, if not always, been questionable. 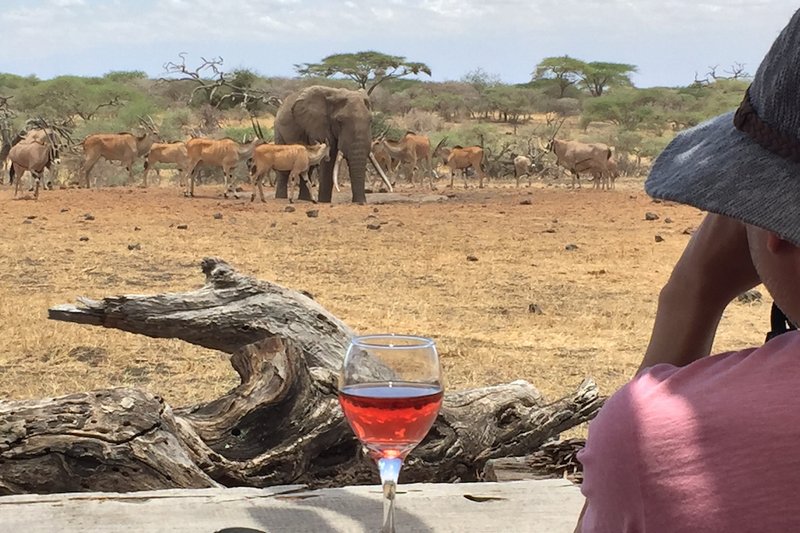 Can I get a decent martini?

Travel involves compromise, especially when going off the beaten track. You will not have the same convenient access to creature comforts or your favourite drink. That said, the level of service and luxury that can be found in far-flung corners of the earth is truly remarkable. And at most lodges, staff are more than happy for you to get behind the bar with them and show them how you like your favourite drink made.

How should you approach these travel conundrums?

The most important thing is to do your research. Work out what you want and what’s important to you and speak to an expert. Consider the ethics and credentials of operators and accommodations. Safaris and adventure travel are not like hopping on a plane to Bangkok or London, and your decisions have a bigger impact on the people, wildlife, environment and economy.

To do it properly: don’t skimp. Go for the absolute best you can afford. If it’s cheap, there is a good chance the operator is cutting corners, the camp is using less sustainable building material and vehicles, and not working with or putting money back into local communities. Or, you’ll be sharing your experience with 10,000 other tourists, which is hardly appropriate for marvelling at nature’s wonders.

There is the option of not travelling at all, but that is as likely as living in caves again. My professional bias is to give a place the benefit of the doubt and go informed and with your eyes and mind open. I’ve never regretted travelling somewhere. Quite the opposite, travel enriches your mind and if done properly, makes the world a better place. 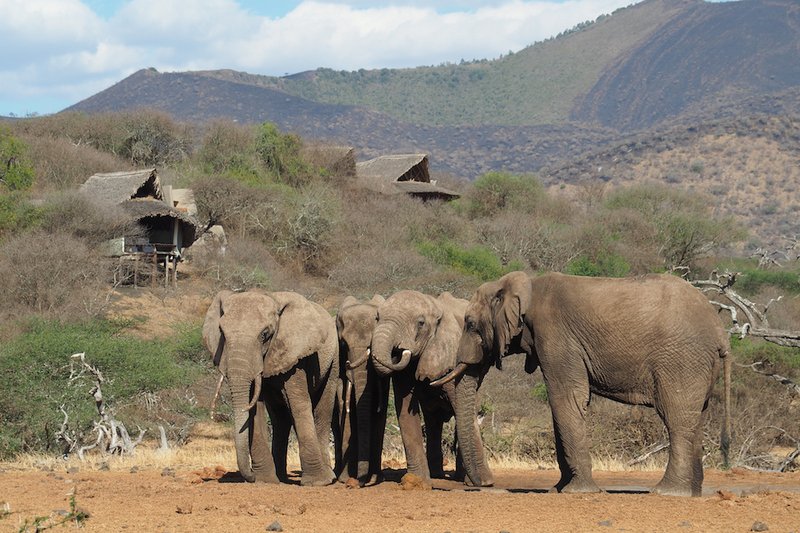 Where did I stay?

My journey kicked off at the brand new, resort-like Loisaba Tented Camp, within a 56,000-acre conservancy in Central Kenya. This included a night sleeping under the stars in the most comfortable bed of my trip before moving to a contemporary, deluxe tent on the edge of an escarpment looking out to Mount Kenya.

Elephant Pepper Camp, located in the Mara North Conservancy at the upper reaches of the Masai Mara, is much smaller and simpler, with old bucket showers still used in some tents. I preferred its intimacy and the place teems with wildlife. 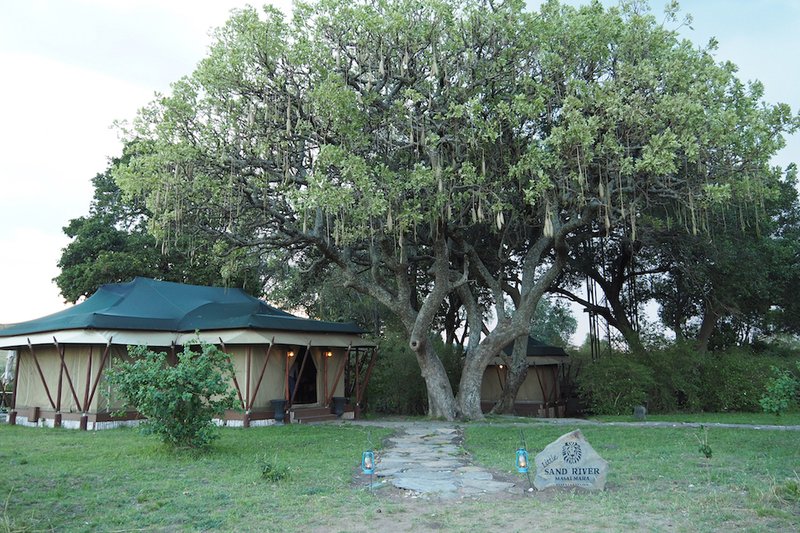 The Sand River Camp in the south of the Masai Mara Reserve. Photo credit: Andres Vejarano

Sand River is in the secluded south of the Masai Mara. Wild yet luxurious, it has an excellent location for experiencing the annual great migration of wildebeest, zebra and more.

Ol Donyo Lodge, in Kenya’s south-east, has a staggering 275,000-acres to itself and must be one of the loveliest lodges in Africa. House-like pavilions give you the choice of sleeping under the heavens or in a master bedroom, with both affording wake-up views of Mount Kilimanjaro. The founder, Richard Bonham, is a pioneer in wildlife conservation.

You will almost certainly spend at least a night transiting in Nairobi. Hemingway’s, an all-suite, colonial-style hotel in the enclave of Karen, is a good chillout option.

Safaris and adventure travel are best organised by specialist companies. Find one that you are comfortable with and that meets your needs. A2A Safaris organised my safari. It’s the fourth time I’ve used them and each trip – I’d like to think – has made me slightly better for it.

Around The World In 7 Workouts

7 Best Bookstores In The World

3 Virtual Easter 2020 Events You Can Join From Home 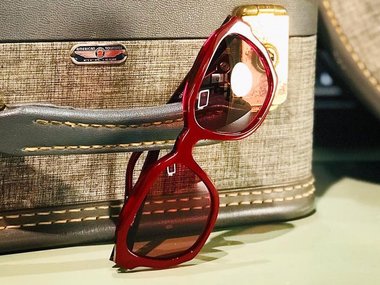 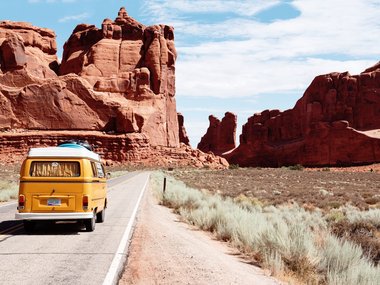 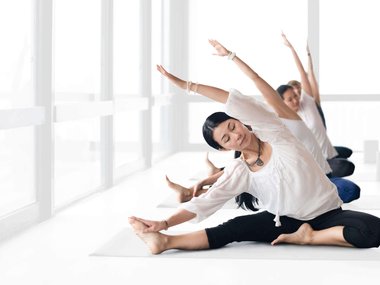 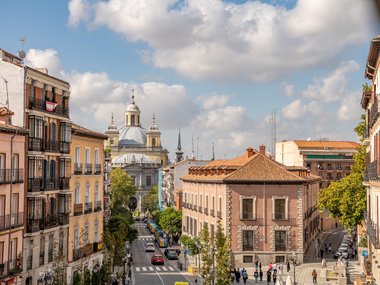 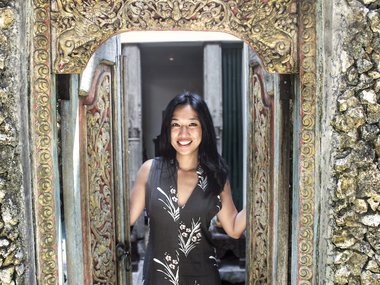