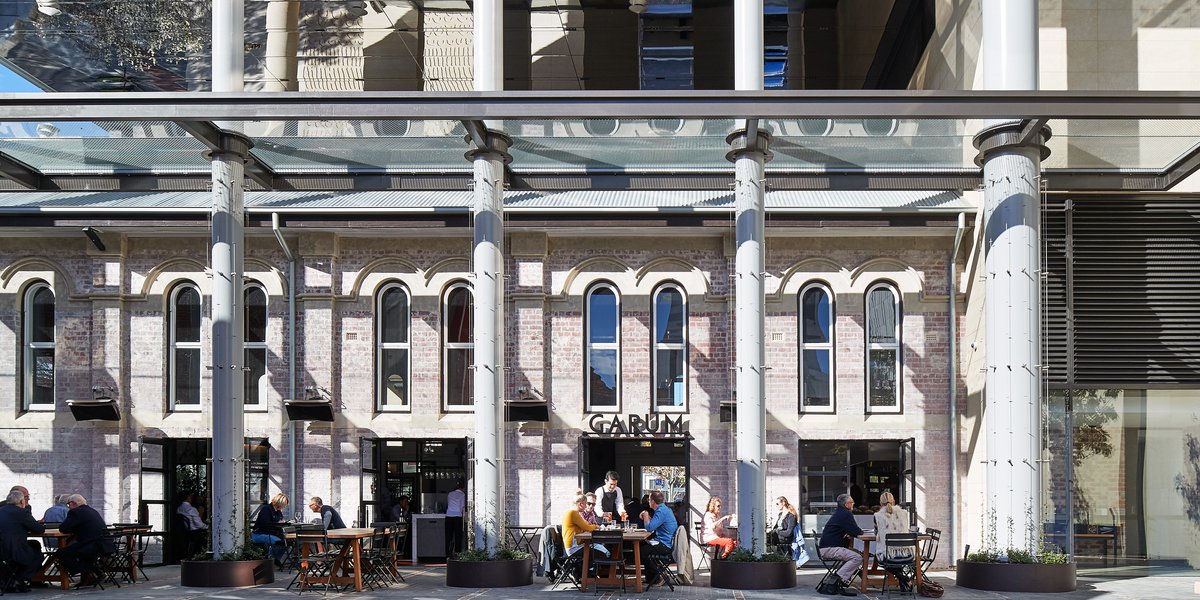 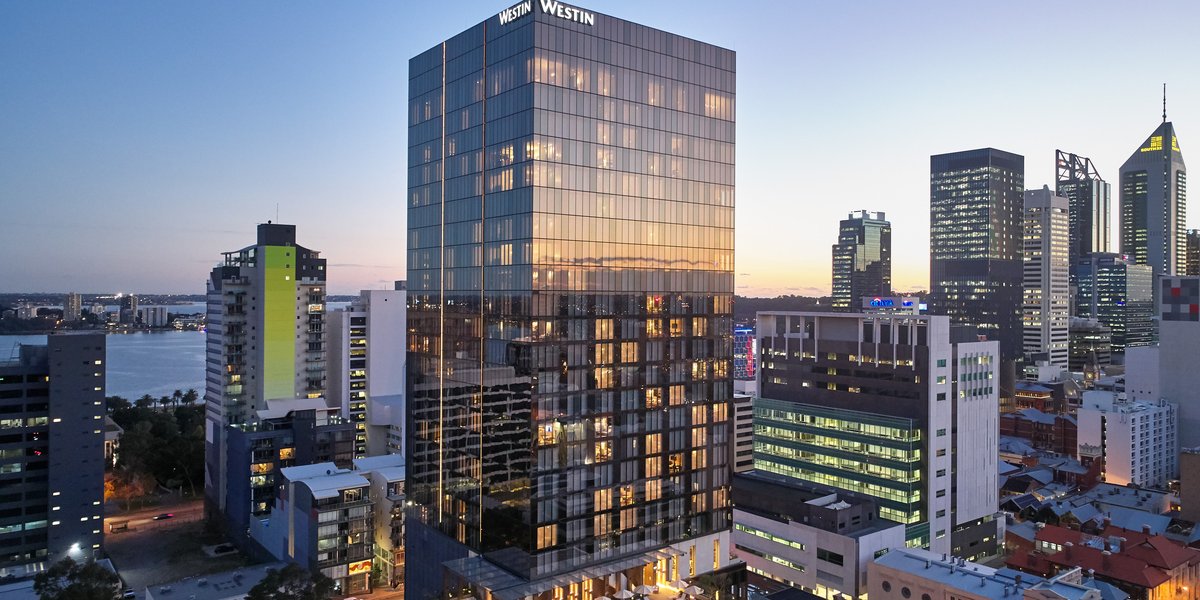 Marrying a respect for heritage with modern good looks, The Westin Perth opened in May 2018. 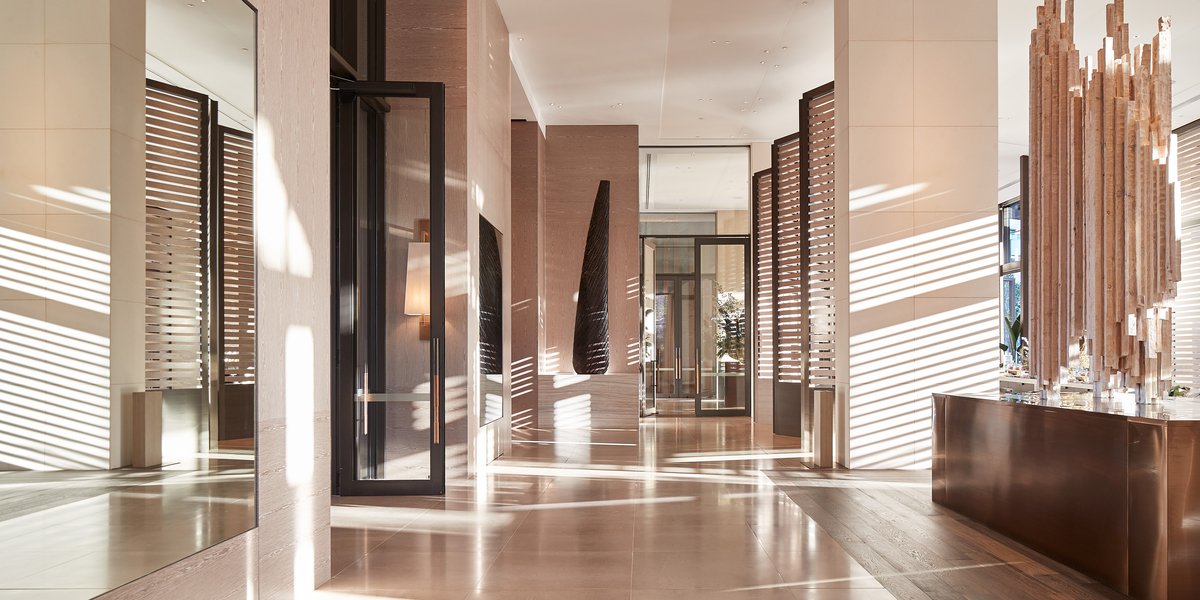 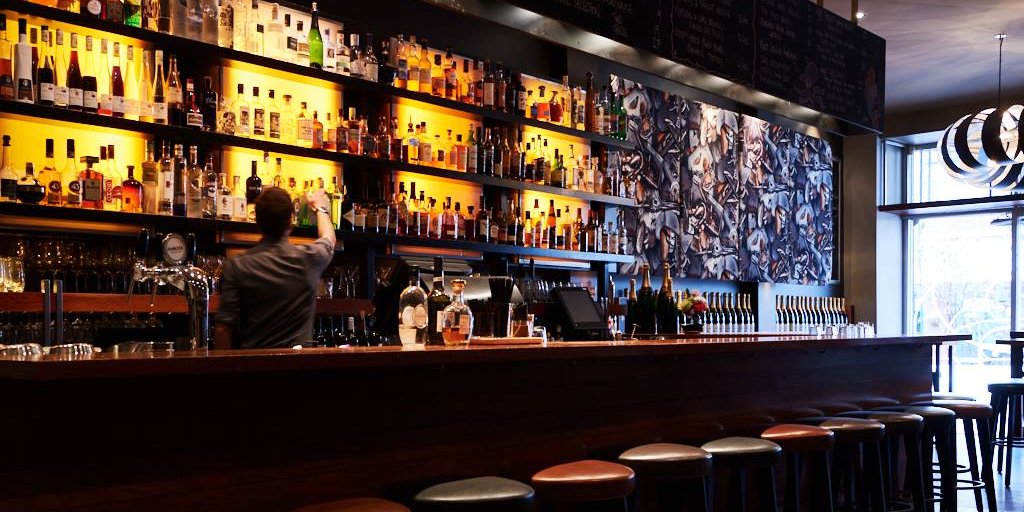 Celebrated More Winebar is a local institution in Highgate. 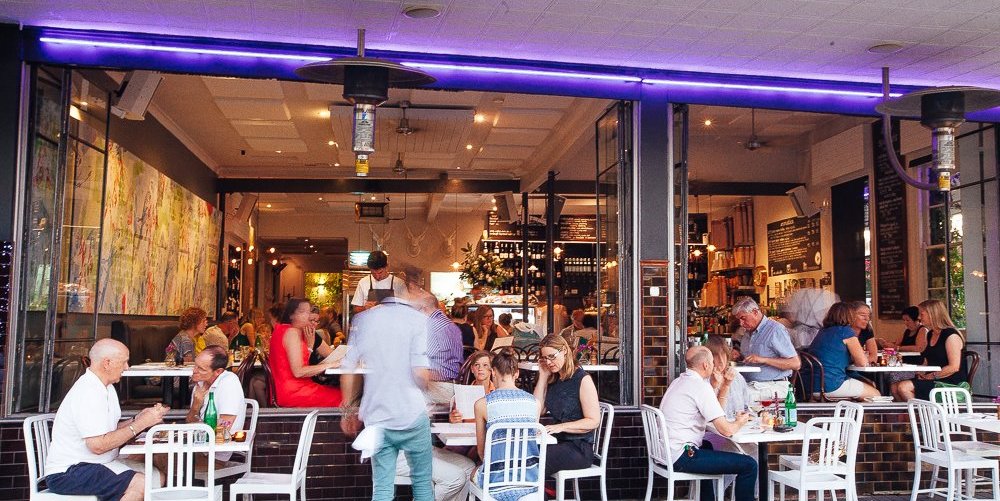 Relaxed Vans in Cottesloe is known for its all-day coffee and seasonal produce.

When BAR Studio founders Stewart Robertson and Felicity Beck won the contract to work on The Westin Perth, they jumped at the opportunity.

Not only was this a chance for the designers, known for their of the sleek n’ swoonsome interiors, to contribute to Perth’s burgeoning hotel scene, but they were able to bring their serene, architectural aesthetic – as seen in hotels Park Hyatt Sydney, Grand Hyatts Melbourne and Hong Kong and Rosewood Beijing, Phuket and Phnom Penh – to to their home city.

Opened in May 2018, The Westin marries a respect for heritage with modern good looks. Inside, rooms are demure, natural and streamlined, spruced with artisanal furniture, art and accessories handpicked by the BAR team. With a slew of restaurants, sky-high pool and Bodhi J day spa, the Westin ticks boxes for both biz and pleasure. Having rediscovered their city, Stewart and Felicity share their pick of Perth’s bars, restaurants and activities.

Wildflower at the State Buildings has an enviable CBD rooftop location with views over Perth’s quirky modernist masterpiece, the Council House. This fine-dining concept is centred around the six Noongar seasons of the indigenous calendar. The menu features locally farmed and foraged produce.

Over in Highgate, St Michael 6003 is an inner-city restaurant with dégustation or à-la-carte menus by two notable local chefs.

Neighbourhood favourite Vans in Cottesloe is known for its good coffee and seasonal produce served all day. The relaxed atmosphere befits its beachside locale, catering equally well to both the t-shirts over bathers crowd and the dressier lunch set.

Channelling the maritime spirit of its surroundings, Fremantle’s Bread in Common is a restaurant-bakery set inside a heritage warehouse space. Think bustling modern-industrial dining hall, seasonal menus and artisanal breads.

Mrs Brown in North Fremantle is an intimate wine bar with an open fire for cooler months and a courtyard for balmy summer evenings. Order a burger from Flipside next door to enjoy with your Margaret River Cab Sav.

Celebrated for its epic wine list of more than 500 drops, Must Winebar in Highgate is a local institution. There’s a French-inspired bistro menu to accompany.

For locally brewed craft beers in the heart of Perth’s entertainment hub, head to Northbridge Brewing Co. Raucous CBD haunt The Stables Bar is all beer and conviviality in old converted stables, while Varnish on King (also in the CBD) is a basement whiskey bar serving bacon and whiskey pairing flights. They also hold masterclasses on the first Monday of the month.

Get back to basics and enjoy the austere but beautiful landscape of Rottnest Island, a protected nature reserve just a short boat ride from Perth (25 mins from Fremantle, 45 mins from Hillarys Boat Harbour, or 90 minutes from Perth's Barrack Street Jetty). Once there, hire a bike.

A convenient one-stop for public art, retail and landscape, the Perth Cultural Centre houses the Art Gallery of WA, Museum, State Library, State Theatre and Perth Institute of Contemporary Art, with connections to both the CBD and Northbridge.

Whatever the destination, LUXE sources its intel from a crack team of plugged-in tastemakers. Why not shop for the whole collection?