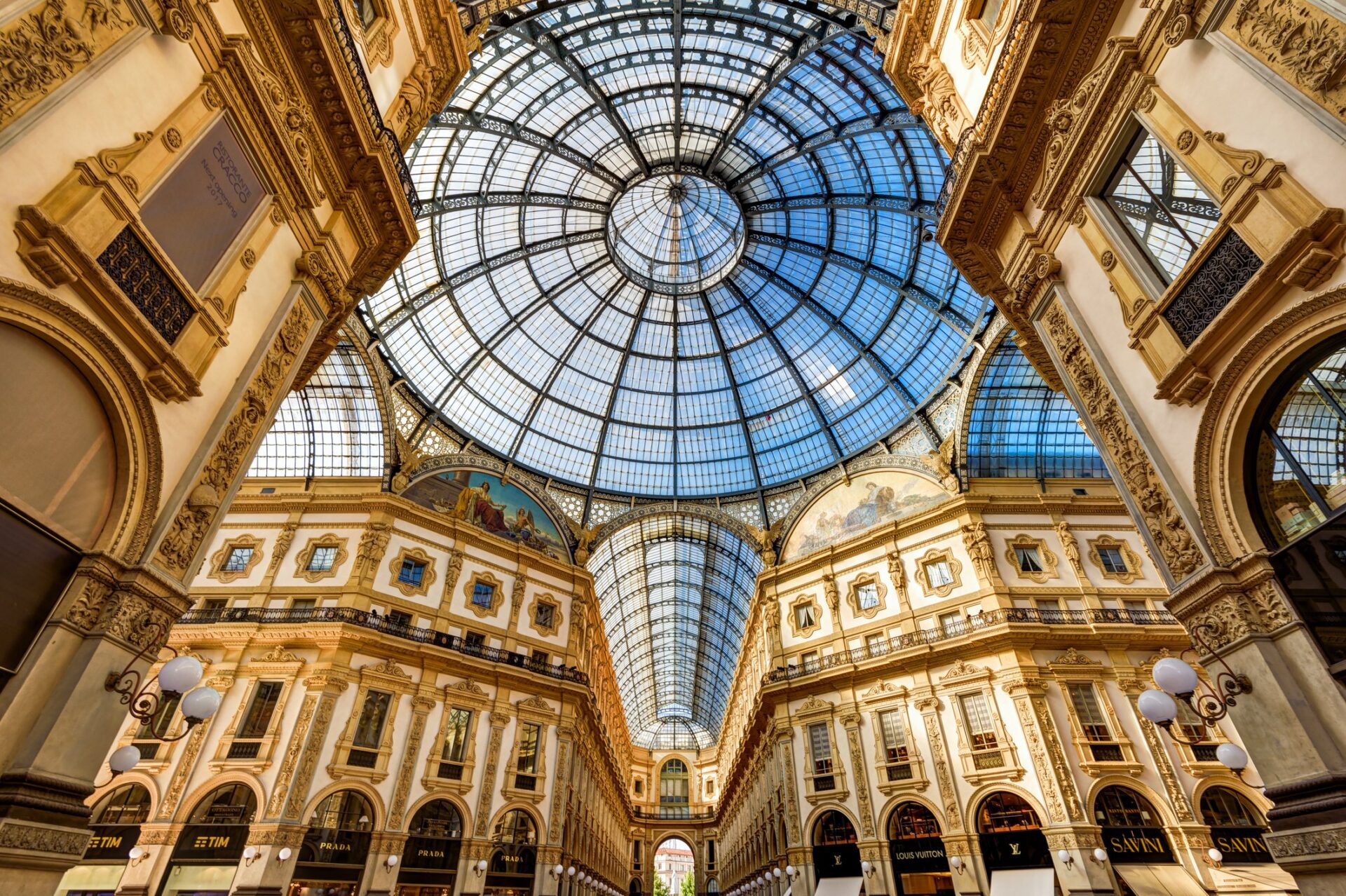 Whether you know your Donatella from your D&G, or you’re a downright novice, taking in il mondo della moda when in style-centric Milano is simply a must. And who better to illuminate this precision-cut, perfectly-coiffed treasure trove of a town than a industry-savvy clotheshorse from Context Travel’s local docent stable.

Over three hours you’ll hoof it from alta atelier to artisanal boutique, but first you best fuel up with an all-important espresso at the Armani Cafe. Java craving sated, push on to Vias Montenapoleone, Manzoni, Sant’ Andrea, and Via della Spiga, where even the most sartorially-challenged will get a leg up and into the most current catwalk trends. Along the way you’ll learn about the roots of the country’s fashion industry (the Italian monarchy, natch), and how the local trade has burgeoned into a global economy in less than a century. Want more? You’re insatiable! Say please (in advance) and you might just swing a viz to Palazzo Morando’s museum of costume and fashion, or even a nosey into a working atelier to rub shoulders with the designers. And just like that, you’re the expert. Miu Miu-ve over, Missoni!

Milan: Portrait of a City

Before her emergence as C.21st commercial powerhouse chokka with shoemakers and shareholders, fash-packers and facelifts, bello Milano was a hotbed of ancient Roman architecture – though little evidence remains of those long ago times today.

Harken back to this limelight-loving scene queen’s days of yore via Context Travel’s historical three-hour meander, uncovering a bevy of juicy cultural nuggets along the way. But first, un caffè si prega! Start the day the way all respectable Milanos of then and now do – with a cappuccino, of course – and learn how this luxuriant liquid came to Milan in the first place. Now comes the ruin-rummage. From the city’s fledgling beginnings on show at Vi Bresa, the Archaeology Museum, Roman Forum and Circus, through Middles Ages landmarks like Basilica San Lorenzo, Medieval Pusterla and its Devil’s Column, Context will unlock the (Roman) door to these mystifying ancient eras upon which all modern Milanese life was built. Truly enlightening.

Pronto! Prego! Pucci, per favor! If it’s all gobbledygook to you, allow us to add a little Context. Nervy newcomers need not worry, this two-hour orientation tour will take you by the hand and impart all the basic utility knowledge you need to get off on the right foot in Milano.

Want to be met at your apartment and given the low down on your area of stay? Want to know how the subway system, booking a restaurant, or arranging museum tickets works? Want to go over your itinerary and ask any little question that pops into your mind? Well now you can with one of Context Travel’s local docents, who are ready and waiting to break it all down for you. Milan maximised!

All I Want For Christmas… Dolomites Gourmet Ski Safari

Five Things To Do With Kids In Bangkok