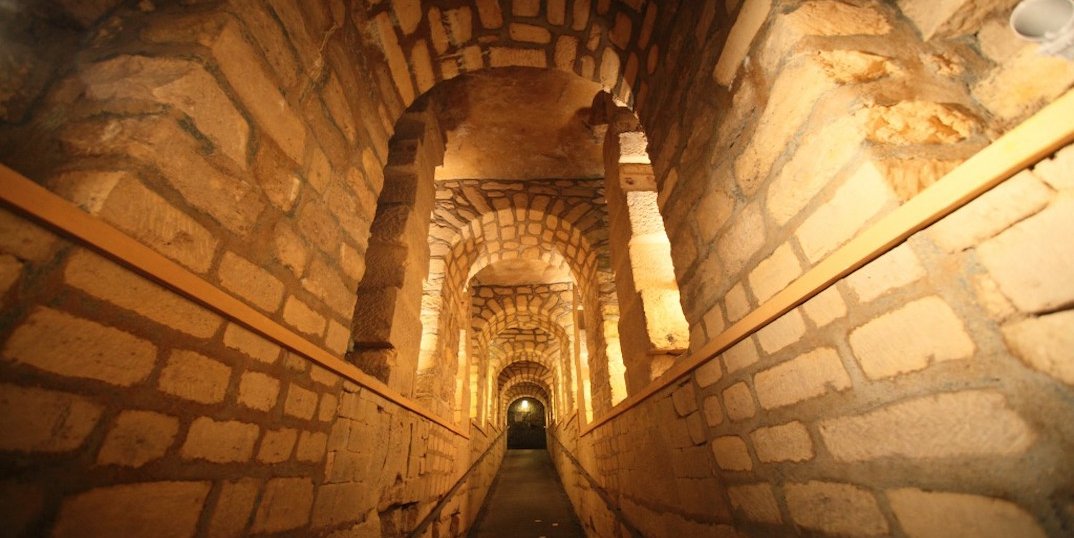 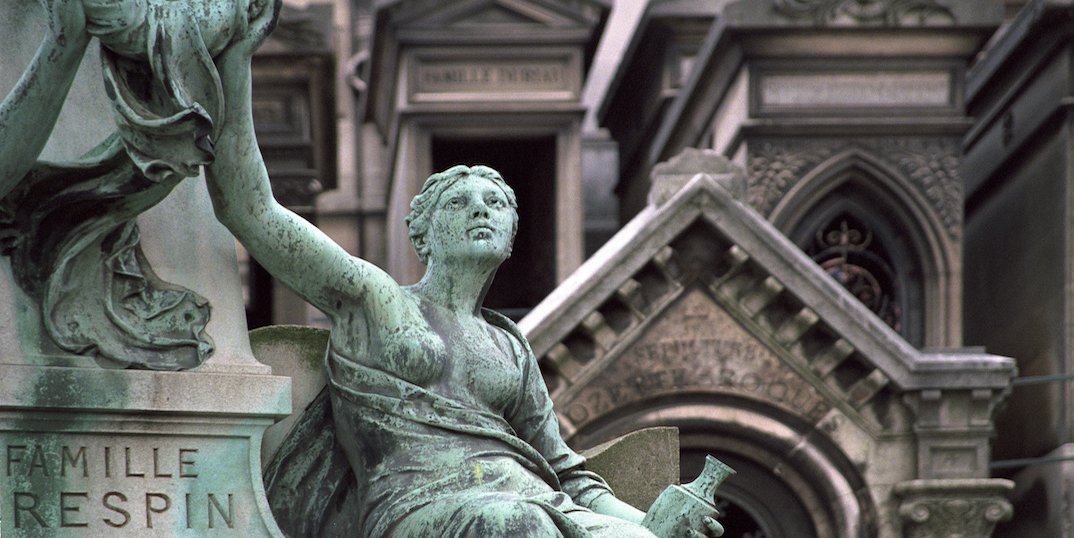 A statue at Père Lachaise.

Paris puts on a good show for Halloween, but you can get your freak on with these spooky attractions all year round.

You’ll find all the greats at Père Lachaise Cemetery, albeit in a decomposing state. This idyllic, pretty and contemplative city of the dead is a who's who (or, who was who) of Parisian high society with stellar names including Édith Piaf, Frédéric Chopin, Honoré de Balzac, Oscar Wilde and even Jim Morrison laid to rest here. Be sure to buy a map from one of the kiosks outside – it's nigh on impossible finding them all without one.

As creepy edifices go,  Hôtel de Cluny – complete with dark, dank archways, and slate-grey roof accented by Gothic turrets and tiny dollhouse windows – is about as creepy as it gets. Once home to the tormented Mary Tudor, and later a physician who used the chapel on the first floor as a dissection room, this magnificent medieval chateau fell into the hands of antiquarian Alexandre du Sommerard in 1833. Now a public museum, Musée de Cluny (formerly the Musée National du Moyen Âge) houses Sommerard’s collection of medieval and Renaissance reliquaries, headless saints, glass, sculpture and jewellery, as well as the fabled C.15th tapestry cycle The Lady and the Unicorn.

If you’ve got the stomach for oppressively narrow underground spaces, then macabre skull-lined Les Catacombes is just the thing for you. Once a disused quarry, now a maze-like municipal ossuary housing some six million skulls and bones disinterred from Parisian cemeteries for sanitary reasons. Just be sure to stick to the path… oh, and claustrophobes need not apply.

Make like Marcel Marceau and mime your way into perma-packed Clown Bar, a Belle Epoque-ish cafe-bistro which is, unsurprisingly, chokka with imagery of pale-faced jesters – albeit tastefully painted depictions on vintage-y floor-to-ceiling tiles. If that weren’t eerie enough, one of their most popular dishes is a calf’s brain served in a chilled ginger and yuzu-spiked dashi. The fabulous list of biodynamic pours should soften the blow, though.

Avoid getting spooked on your next trip to Paris with the LUXE Paris guide... 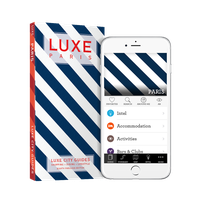 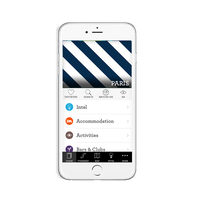