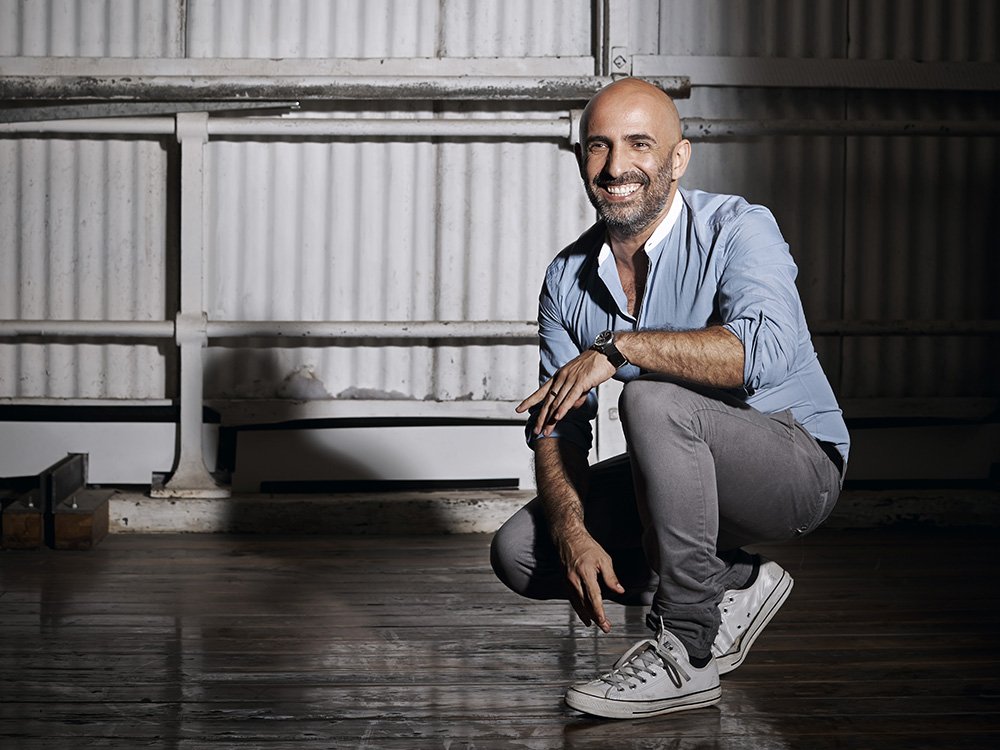 Sydney Dance Company Artistic Director Rafael Bonachela was born in Barcelona, but now calls the Emerald City of Oz home. Ahead of SDC’s anticipated South American tour, premiering tonight in Sao Paulo, we chat to Rafael on the evolution of his choreography, what he loves about Sydney, and what’s next.

What brings you to Brazil?

We’re in Brazil as part of the Australia Now, Festival de Cultura Australiana – it’s a huge showing of the country’s creativity, coinciding with the lead-up to the Olympic and Paralympic Games. Sydney Dance Company’s performances of Interplay will take place at the SESC Vila Mariana in São Paulo, Brazil on April 29 and 30. From here we head to Santiago, Chile for three shows the week following.

Your first memory of dance?

I grew up in a small town outside of Barcelona and got my first taste of dance from the television, watching icons like Michael Jackson, and the Fame series. My first memories of dance in real life are of me making up dance routines and teaching them to my friends in the playground after school. I guess I would have been about eight years old when I created my first choreographies!

How did you get to where you are now?

At 15 I started training full-time to become a dancer. Within a few years I had arrived in London, and in 1992 I was invited to join the legendary Rambert Dance Company as a dancer. It was through them that I had my first opportunity to choreograph in a professional environment – using my colleagues for all of my early experiments. In 2002 I was made Associate Choreographer of the Company.

By 2004 I had gone freelance and one of the pieces I created was selected as the winner of a prestigious new UK Choreography Award called the Place Prize. I used the prize money from this to set up my own dance company, Bonachela Dance Company, so that I could concentrate full-time on choreography.

In 2008 I was invited to create a work for Sydney Dance Company, my first full-length production called 360°. A few months later I was made Artistic Director of the Company and moved to Sydney. Seven years later, I still feel blessed to be living and working in this beautiful city, with some of the most talented and dedicated dancers and collaborators I’ve ever come across.

Three words to describe your choreography?

I’d start with an early walk from Bondi to Bronte along the famous Coastal Walk – keeping an eye open for dolphins and whales all the way. Then, if you’re feeling fit, a surfing lesson at Bondi Beach, to really lap up the incredible ocean environment.

By now you’ve earned a big breakfast. There are so many great cafes to choose from in Sydney, but since I live in Potts Point I would suggest trying one of my local spots because I can say for sure that you won’t be disappointed. From here you can easily walk into city, taking in the views of the harbour.

Stop in at the Art Gallery of NSW to see an exhibition on the way, or take a slight detour and wander through the Royal Botanical Gardens and Domain. This is a perfect place on a hot sunny day as there’s a lovely breeze from the water and lots of huge old trees to keep you in the shade. A ferry trip around the harbour is a must, to get a sense of the many beautiful little coves that make up Sydney Harbour.

In the early evening you could head to one of the many waterfront bars or restaurants, to enjoy a sunset drink and some tapas. And of course you have to end the day with a show at one of the city’s world-class theatres and venues. As an alternative to the Opera House you might like to try the Roslyn Packer TheatreWalsh Bay. This is another beautiful location on the harbour and the place where I spend all of my time, as it’s the home of the Sydney Dance Company dance studios. Which reminds me, we have a really incredible dance class program open to the public seven days a week, for all levels and across all dance styles. Your visit to Sydney wouldn’t be complete without trying one!

I spend a lot of time away travelling with the company, so I’m sure it’s no surprise that my favourite place to unwind is at home in Sydney! I love the area I live in and it’s such a treat to do something simple like get a coffee and go to sit in Beare Park in Elizabeth Bay, which is just around the corner in my neighbourhood. I also get the added bonus of spending time with my partner when I’m at home. Unwinding is much more fun when we’re together!

What’s always in your carry-on?

My headphones, so I can listen to my music. Often when I am creating a work I listen to the same music over and over. It really helps with my process. And I don’t go anywhere without water.

Who or what is your inspiration?

I am constantly inspired by everyday life, and by so many things around me. I could be walking outside, meeting new people, reading a book or listening to music and something hits me – an idea or a feeling that then builds into something bigger.

Of course I am also inspired by a world filled with so many incredibly talented artists and creatives. Other choreographers such as William Forsythe, Pina Bausch and Merce Cunningham have all been big influences over the years. Music artists such as Sia. The list is endless…

What’s your next creative project?

Over the next few months I’ll be working on quite a few things and travelling almost constantly.  Starting in May Sydney Dance Company will tour CounterMove to Canberra and Melbourne, then across the country to 11 regional venues in June, July and August.

In between all of this, I have already started working on my next project, which will premiere at Roslyn Packer Theatre Walsh Bay, Sydney on October 18, as part of a new Sydney Dance Company season called Untamed.

Tel Aviv: Where to Sleep, Eat and Explore

New York by The Experts