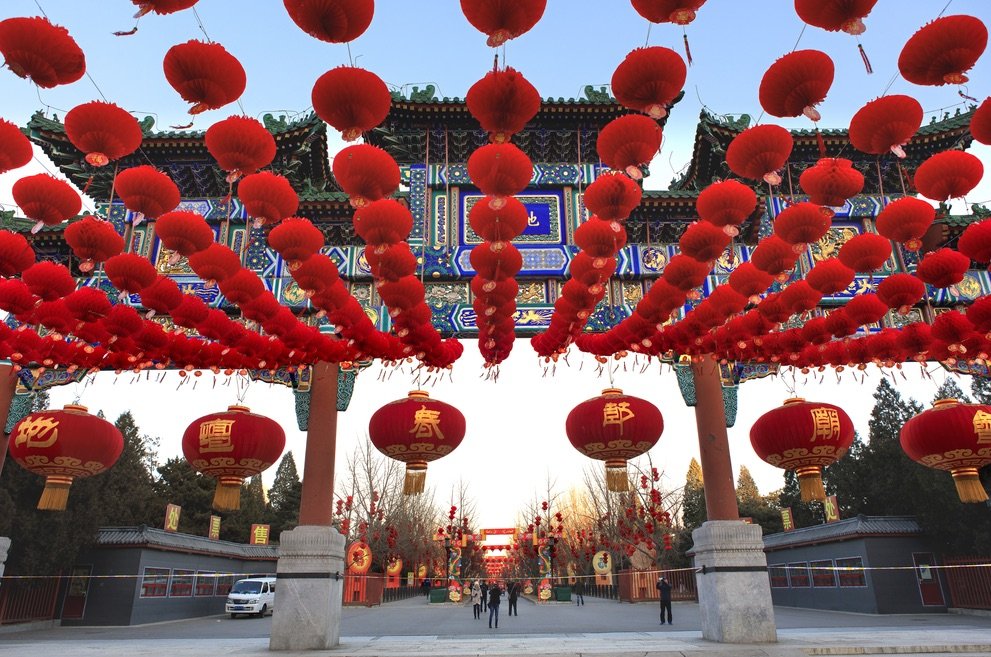 How to Celebrate Chinese New Year

Think New Year’s has come and gone? Well, if you’re in China, you best get ready to cock-a-doodle-do it all again with the Year of the Rooster set to dawn at midnight on 27 January and celebrations continuing through to mid February.

Don’t yet have plans? No need to run around like a headless chook, read on for our pick of top pyrotechnic view spots and trad temple festivities across three of the big Sino cities.

Never one to shy away from a party, the Fragrant Harbour will ring in the Lunar New Year with a bang. On 29 January, the annual firework spectacle will light up the waterfront (and banish any bad spirits believed to be lingering in the city).

For prime scenes of all the sparkles – with a side of flip-fresh fish – head to Causeway Bay where the Seafood Room is serving a special five-course degustation on its sprawling roof terrace, with live DJ-spun sounds and front-row views of the fireworks.

Or, perhaps you’d prefer to be right on the harbour? Round up your crew and enjoy the display from the deck of a luxury yacht or old-school junk; Next Wave Charter can arrange everything from rigs, to skippers and champers.

Don’t be deterred by the legions of locals fleeing Shang (as many of the city’s residents return to their hometowns for the holiday), this just means there’s some extra wiggle-room to enjoy the city’s various celebrations.

The best spot to take in the illuminations is The Bund, so rug up and totter along to The Peninsula’s top rooftop sipper Sir Elly’s Terrace for va-voom vistas of Pudong and the riverside illuminations. Or, if you’d rather not brave the cold, the aspects are just as wow one floor down in glassy mod Euro diner Sir Elly’s Restaurant.

Rather see the more traditional side of Chinese New Year festivities? Then nip along to Shanghai’s largest shrine, Longhua Temple, where worshippers gather to watch as a grand, 3.3 ton bell is struck 108 times – a number believed to dispel evil and welcome an auspicious year at the stroke of midnight.

In the Sino capital, dive into celebrations at one of the city’s numerous temple fairs. Ditan Temple is our top pick for CNY frolics, offering everything from local eats and lion dances, to craft stalls and kiddie-friendly activities set against a sea of traditional red lanterns (28 Jan-4 Feb, 2017).

For an altogether different experience, escape the throngs of the city centre with a swift sojourn 80 kilometres outside Beijing to the Longqing Gorge Ice and Snow Festival; a winter wonderland set between two towering mountains with an 400+ incredible ice sculptures depicting palaces, mythological creatures and zodiac signs (until 27 Feb, 2017).

Not much of a festive Fanny? Nab a stay at one of these gorgeous Chinese getaways. What fireworks?