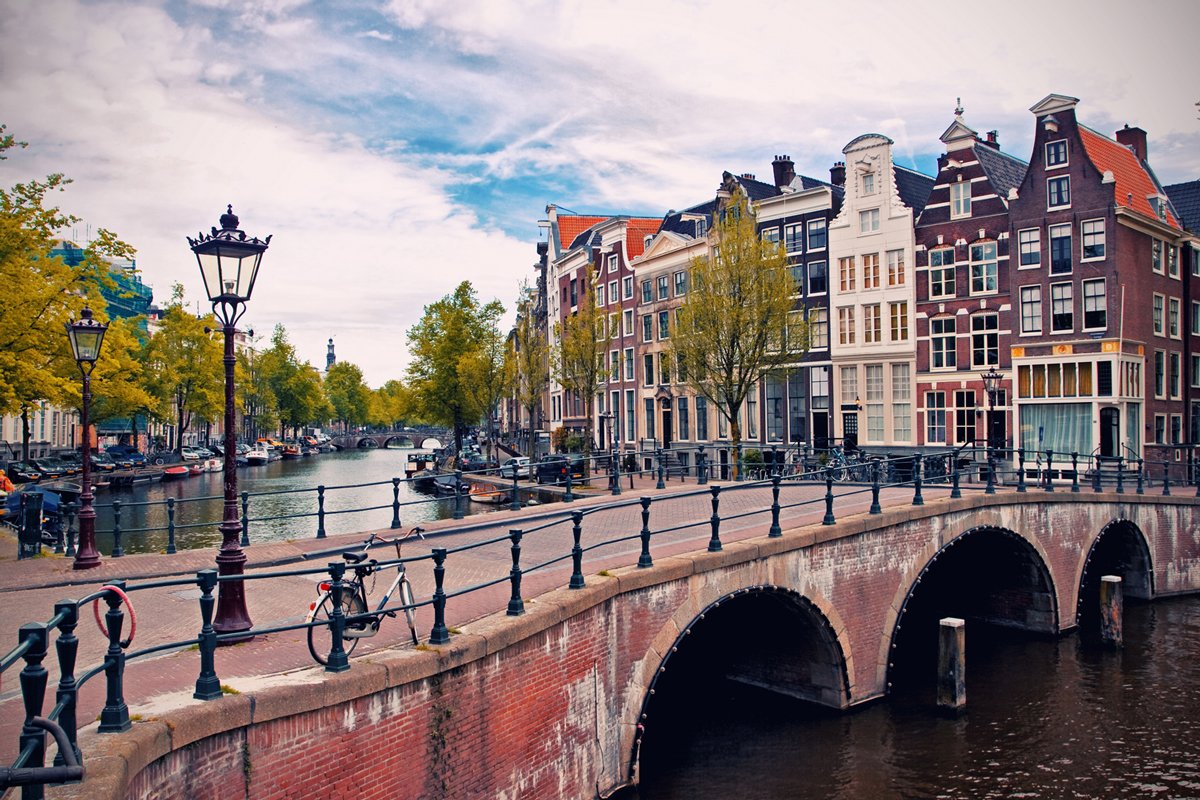 A stroll through central Amsterdam is an enchanting experience at any time of year, but the city’s magical qualities take on a new dimension in winter.

With its relatively mild climate, distinctive townhouses, majestic canals, festive lights and some of the oldest and most atmospheric bars in Europe, the city is one of the continent’s most charming winter destinations.

The City in a Nutshell

Its streetscapes may look just as they did when first built in the 1600s, but Amsterdam is booming. In recent years, the city has seen an explosion of bars, restaurants and hotels, both in its central canal district and the bustling residential neighbourhoods of Old West, De Pijp and Amsterdam Oost (east).

The city is renowned for its thriving summer festival scene, but winter is a great time to visit.

If You Only Have a Day

If it’s a business trip and time is tight, kick the day off with a coffee at Bocca (Kerkstraat 96-98), one of the city’s first specialty roasters.

From here, head to nearby Museumplein, home to Amsterdam’s most famous art collections. Explore the riches of the Dutch Golden Age at the Rijksmuseum, the oeuvre of the city’s best-known artist at the Van Gogh Museum, or dive into a more contemporary selection at the Stedelijk. A recent addition to the square, Moco Museum (Modern Contemporary), is a grand, early 20th-century villa housing a small rotating collection.

A short walk through Leidseplein will lead to the edge of Nine Streets, a series of narrow, pretty, virtually car-free laneways that criss-cross the major four canals and are flush with bridges, boutiques and bicycles. Getting lost is inevitable, and half the joy.

Also in the area is Spui (pronounced Spouw), a cobblestone square home to two wonderfully stocked bookstores, Athenaeum Boekhandel (Spui 14-16) and The American Book Centre (Spui 12). Combined with a weekly book market on Fridays, this picturesque square is where the city’s literary heart beats.

Where the Business Crowds Meet

Central Amsterdam looks like a village, and feels like one. There’s not a skyscraper in sight and rush hour consists of the occasional business-suited cyclist. This is in part due to the corporate end of town being found around the southern Zuidas district. When in central Amsterdam book lunch at Bolenius (George Gershwinlaan 30), a modern, light-filled fine diner; the two-course lunch menu can be served within an hour.

A mere skip from Dam Square, The Duchess (Spuistraat 172) is a grand new addition to the city. Housed in a former bank vault, it’s great for groups as well as quiet one-on-ones. For a civilised post-work drink, pull up a pew at Pulitzer’s Bar (Keizersgracht 234), the quiet and comely imbiber at the stately Pulitzer Hotel.

If self-employed and wanting to check your emails, make the Chesterfields or communal tables at the Hoxton (Herengracht 255) your “office” and stay for the day.

Hoxton Hotel: The Amsterdam sibling to the London property is stylish, laid-back, reasonably priced and superbly situated at Herengracht 255. thehoxton.com/holland

Sir Albert Hotel: A quiet hotel in one of the city’s liveliest neighbourhoods. Home to Izakaya, a pulsating modern Japanese bar and grill. Albert Cuypstraat 2-6. siralberthotel.com

Cafe Brandon: This old-fashioned watering hole is the perfect pitstop after a day roaming the Jordaan or Nine Streets. Keizersgracht 157.

This article was originally published in theAustralian Financial Review.

Shop Till You Pop: A Foodie Foray in Barcelona

An Insider’s Guide to Paris

How To… Summer in Ibiza