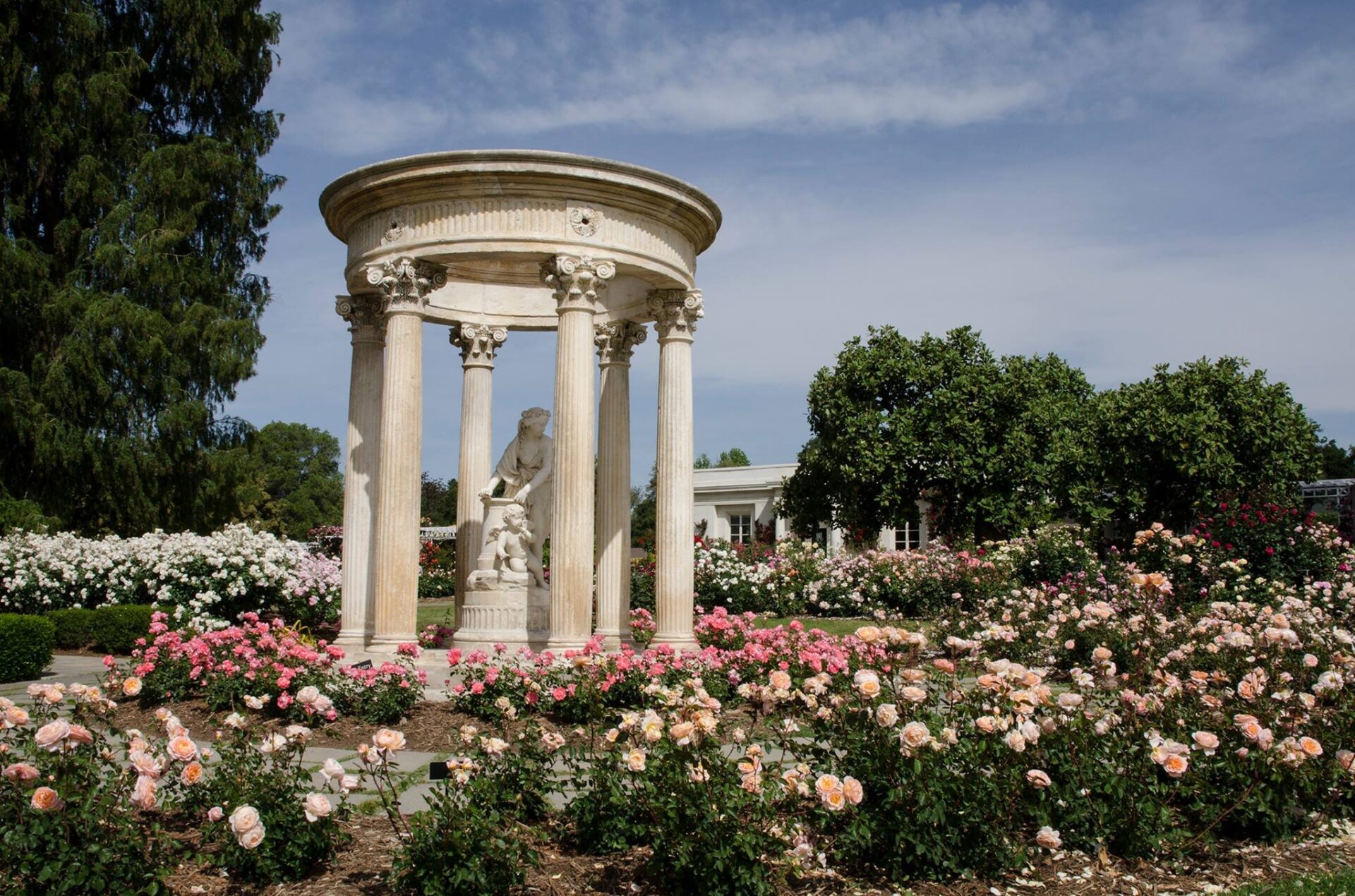 Out with the old, in with the new’ may be LA’s unofficial anthem, but this West Coast diva still has a few historical treasures left in her trunk.

And just 15km from Hollywood in leafy nabe, Pasadena, lies one crowned jewel that’ll tickle the tastebuds of any culture vulture or green-sleeved vixen. For a day packed with more punch than Pinot, look no further than LA’s loveliest cultural retreat, Huntington Library, Art Collections & Botanical Gardens. Make your way to Henry E. Huntington’s former hilltop estate to begin at the main library. Dorothy, we’re not on Melrose anymore…

You can’t judge a book by it’s cover, but it’s safe to say this biblio’s grand facade is no less impressive than its rich cache of 6 million rare tomes, manuscripts and letters dating back to the Middle Ages. And although much of the collection is reserved for scholars, visitors can still peruse hundreds of unique pieces including multiple Shakespeare first editions, Benjamin Franklin’s handwritten autobiography, a Gutenberg Bible from the 1450s, and the earliest known manuscript of Chaucer’s Canterbury Tales.

Now, sharpen up your C.18th command and dive into Huntington’s glorious repository of art for one of the most complete collections outside of London, including Gainsborough’s The Blue Boy alongside works by Blake, Reynolds and Turner. But you haven’t travelled a million miles to ogle Elizabeth’s own century-old jewels, so float on into Virginia Steele Scott Galleries for a stagger collection of American mastery including Mary Cassatt’s Breakfast in Bed, Frederic Edwin Church’s Chimborazo, and Edward Hopper’s The Long Leg.

But while Huntington’s never-ending trove is enough to keep you holed up for weeks, all the masterpieces in the world won’t keep you shelved in on an LA day. So saunter out into the estate’s sprawling 207 acre lawns where you’ll find over 14,000 different species and 14 charming, themed gardens.

Among these mani’d nooks are a 10-acre Desert Garden boasting one of the world’s largest groups of mature cacti and succulents, and a Shakespearian spread cultivated with flora mentioned in great writer – and gardener’s – works. But don’t leave before peaking inside the newly blossoming Chinese Garden of Flowing Fragrance; 4-5 acres of trad bonatics, charming pavilions and lakes, and cap off the day with a visit to dainty Chinese Garden Tea house for aromatic garlic shrimp spring rolls and chicken chow mein. Bloomin’ marvellous!

A Mother-Daughter Stay in Singapore

The Repeat Offenders Guide to Tokyo