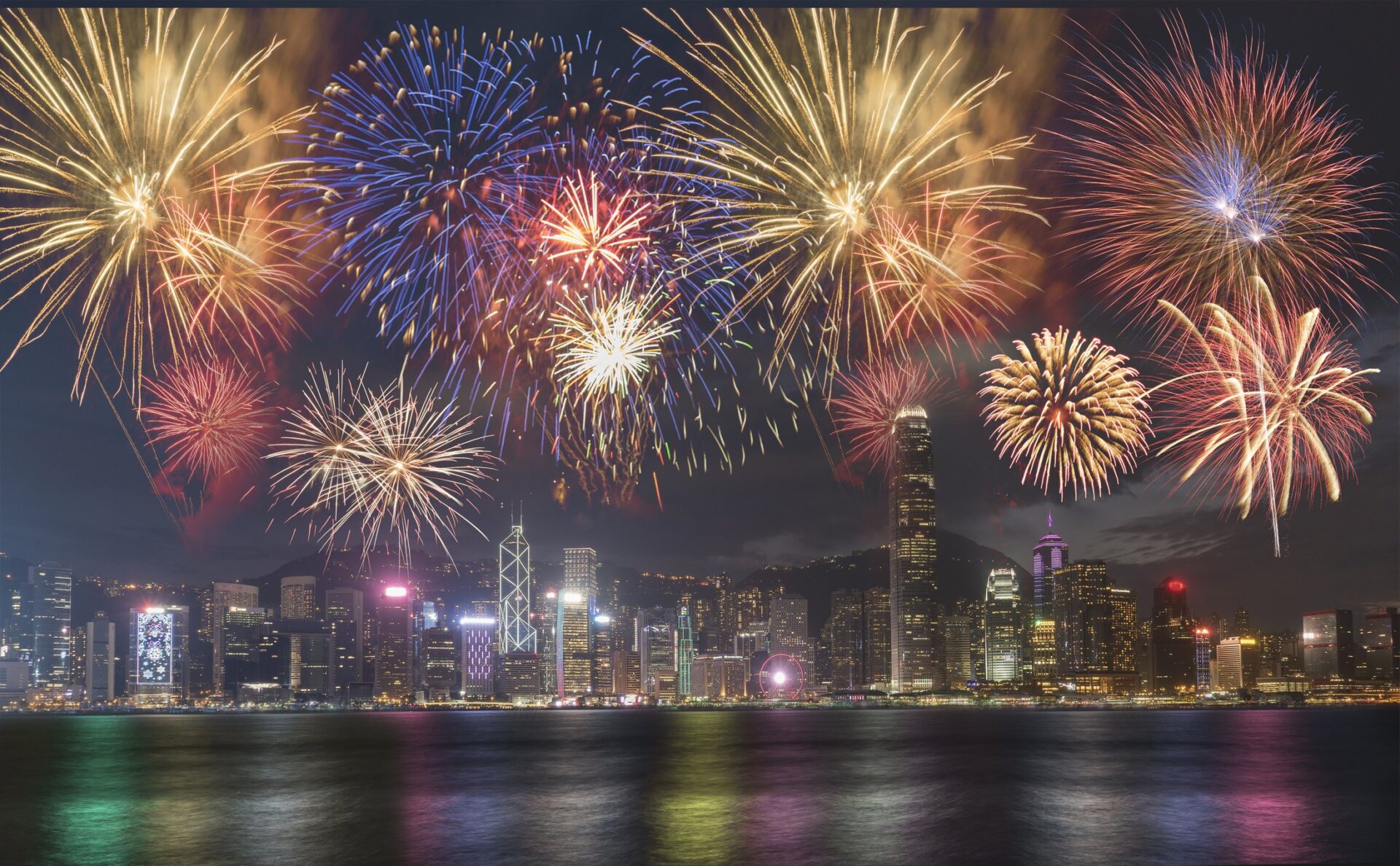 February might be the month of love, but don’t get too misty-eyed or you’ll miss out on these happenings taking place in a city somewhere near(ish) you.

Unless you’ve actually been living on the moon, you can’t avoid February’s biggest event: Lunar New Year, celebrated as Chinese New Year, in, well, China and Tet in Vietnam… with other cities from NYC to London also welcoming the Year of the Pig with parades, parties and lest we forget, maximum shopportunity.

Highlights in Asia include Hong Kong’s firework display taking place over that harbour (6th Feb) – avoid the hordes crowding the TST Promenade and beeline instead to Café Grey Bar at the Upper House for a FROW perch with a glass of fizz (reservations essential). We’re also partial to a peruse of the flower markets in Causeway Bay’s Victoria Park in the run-up to New Year’s Day (30 Jan-5 Feb).

Equally spectacular are Shanghai’s pyrotechnics and The Bund situ’d The Peninsula’s Sir Elly’s Restaurant serves Michy-starred mod European fare with va-va-voom vistas of Pudong and the riverside illuminations. Channelling a more traditional vibe, the Lantern Festivals in Shanghai and Beijing are a pretty-as-a-picture finale to the Spring Festival on 19 Feb. Beijing’s Ditan Park, and its Temple of the Earth is especially beloved for its folk ceremonies and performances; the city’s only Imperial-themed fair at Yuanmingyuan (The Old Summer Palace) includes ice skating and heritage costumes. Gong Xi Fa Cai!!

Contemporary aesthetics would not be what they are without Bauhaus, and 2019 marks 100 years since the hugely influential school of art, architecture and design was founded. Berlin is commemorating the anniversary with Bauhaus Centenary: 100 Years of Rethinking the World – a year-long program of events and exhibitions across several groundbreaking venues.

As one might expect from the edgiest of capitals, the Berlinale Independent Film Festival (7-17 Feb) has an avant-garde, low-fi vibe oft with a more esoteric line up to match. While it lacks the glamour of Venice or Cannes, the program of films and workshops provide stimulus for eyes and mind; this year’s focus is on women filmmakers between 1968 and 1999.

The wondrous Mardi Gras festival struts into town on 15th Feb for two weeks of LGBTQI arts, performance, sports, talks, workshops and parties culminating in the Pride parade on Sat 2nd March – hands down the most fabulous party in town.

Cutting-edge art rubs shoulders with celebrity at the first edition of Frieze Los Angeles, a four-day showcase of contempo talents by 70 forward-leaning galleries at Paramount Studios.

A fantastical shopping bazaar on steroids (it is, after all, Dubai) Global Village attracts droves of visitors both local and int’l with its multi-cultural, fam-friendly offering of eating and shopping via stalls repping food, artworks, embroidery and everything else under the sun, topped off with firework displays and nightly performances. If the idea of shuffling elbow-to-nip sends you into a frenzy, avoid weekends and nab a skip-the-queue-ticket online. If you’re into crystals, a beautiful selection can be found tucked away in the Afghanistan pavillion; Yemeni honey and Iranian saffron are other must-buys. Around the world in four hours – off you trot! It’s 100% dry, so leave the hipflask at home. (Until 6 April)

Wanting more? Sign up below to snag your exclusive copy of the LUXE Events Calendar 2019; a definitive guide to 35 events and festivals worth travelling for.

A true-blue Londoner who seeks out all things weird and wonderful, Izzie grew up in the UK and the Middle East but has called Hong Kong home since 2016. Izzie LOVES... The desert, polaroids, perfumery, Flamenco dancingIzzie LOATHES... Terrible music, mosquito bites

All I Want For Christmas: Gratitude Collaborative Seasonal Gift Boxes

An Insider’s Guide to HCMC

Travelling to Tokyo with the Family