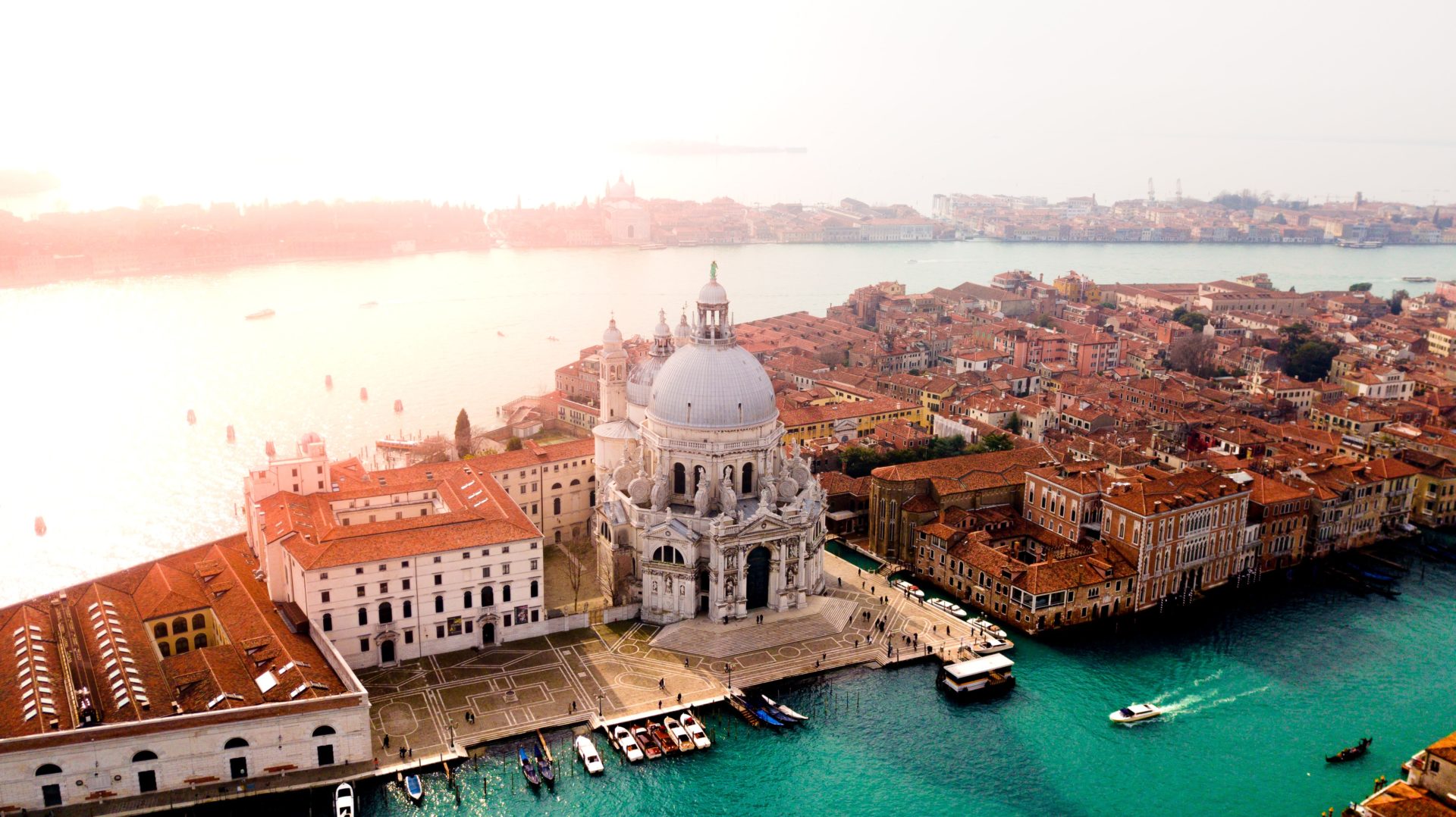 Born and raised in Venice, Laura Sabbadin has been a full time guide since 2000 and knows The Floating City like the back of her hand. When she’s not running her tour company, Venice Revisited, she’s usually invited to share her home city with audiences around the world via the likes of BBC, Nat Geo, Hallmark and Discovery!

In her first-ever contribution to LUXE, she shares the top cultural hot spots in Venice that every visitor absolutely must see:

The oldest monument in town, St. Mark’s Basilica was founded in 827 and rebuilt in 1063 to function as the Ducal Chapel, the church of state. An artistic and architectural endeavour, it was built on the model of the Holy Apostles in Constantinople and completely draped with golden mosaics. Unmissable!

Palazzo Ducale was built to englobe the Ducal Chapel facing the waterfront, St. Mark’s Basin, which was the Venetian harbour. Looking like an immense wedding cake as Venice’s symbol of peace and stability, the interior’s lavish decoration remains intact, with magisterial halls featuring large canvases that tell us of the main events that made Venice grand and powerful. A memorable visit to relive the pump and pageantry of this incredible maritime state.

Formerly the site of the School of Fine Arts and housed within three historical buildings, the Accademia features the largest collection of paintings by Venetian masters. That makes it an important stop-over for all visitors who want to appreciate the achievements of the Venetian school of paintings!

Brotherhoods, known as scuole in Venice, were extraordinary philanthropic societies established with the aim of helping those in need. The Scuola San Rocco was intended to help especially the victims of the plague and could rely on an immense wealth coming from legacies and donations.

Jacopo Tintoretto was the artist appointed to decorate its interior at the time when the city was dominated by the great Titian. Innovative while somewhat inconsistent, Tintoretto painted out of passion and the scuola preserves his most amazing masterpieces.

The brotherhood of the Dalmatians was an important page of history regarding the way the Serenissima handled the presence of foreigners in the city. Still preserving the cycle of small canvases by Vittore Carpaccio, situated in the district of Castello, this little gem John Ruskin adored is only minutes away from Piazza San Marco and yet somewhat unknown to the average visitor.

One of the six districts of Venice, Castello started as little more than a swamp until the area was reclaimed and widened when the Arsenal – the Venetian State Shipyard – was established at its edge in the early 13th century.

Situated right outside the grand entrance of the Arsenal, The Naval Museum is very worth a visit to understand how it all functioned: old maps of the city, models of galleys, traditional boats, the Bucintoro, Peggy Guggenheim’s gondola… an amazing museum you should not miss!

Palazzo Grimani is the craziest palace in Venice – the consolation project of Giovanni Grimani who aspired to become a cardinal and never did. Recently entirely refurbished, the building features an impressive room decorated with hundreds of roman sculptures and busts: the so-called tribuna will take your breath away.

Carlo Scarpa at the Olivetti shop and Palazzo Querini

Discovering the modernist genius of Carlo Scarpa at the Olivetti showroom, tucked away in the arcades of Piazza San Marco. This is a little gem where you can admire the architect’s love for materials in a perfectly balanced and refined combination of concrete, mosaics, metal, marble and wood. Just minutes away, look for Scarpa’s renovation for the ground floor and the small garden of Palazzo Querini, where the architect made water the main element around which his design revolves.

Torcello is a small island situated in the northern lagoon, about an hour from Venice. The journey across calm waters and salt marshes is a unique experience, and landing on this lush, almost deserted island where time stands still will help you imagine what primordial Venice would have looked like.

Torcello is probably the first known settlement here, and Santa Maria Assunta is the oldest monument in the lagoon. The impressive cycle of mosaics in its interior, one of a kind, will blow your mind.

Get more tips on the Canal City with the LUXE Venice guide!

The Best Places To Travel in April 2022