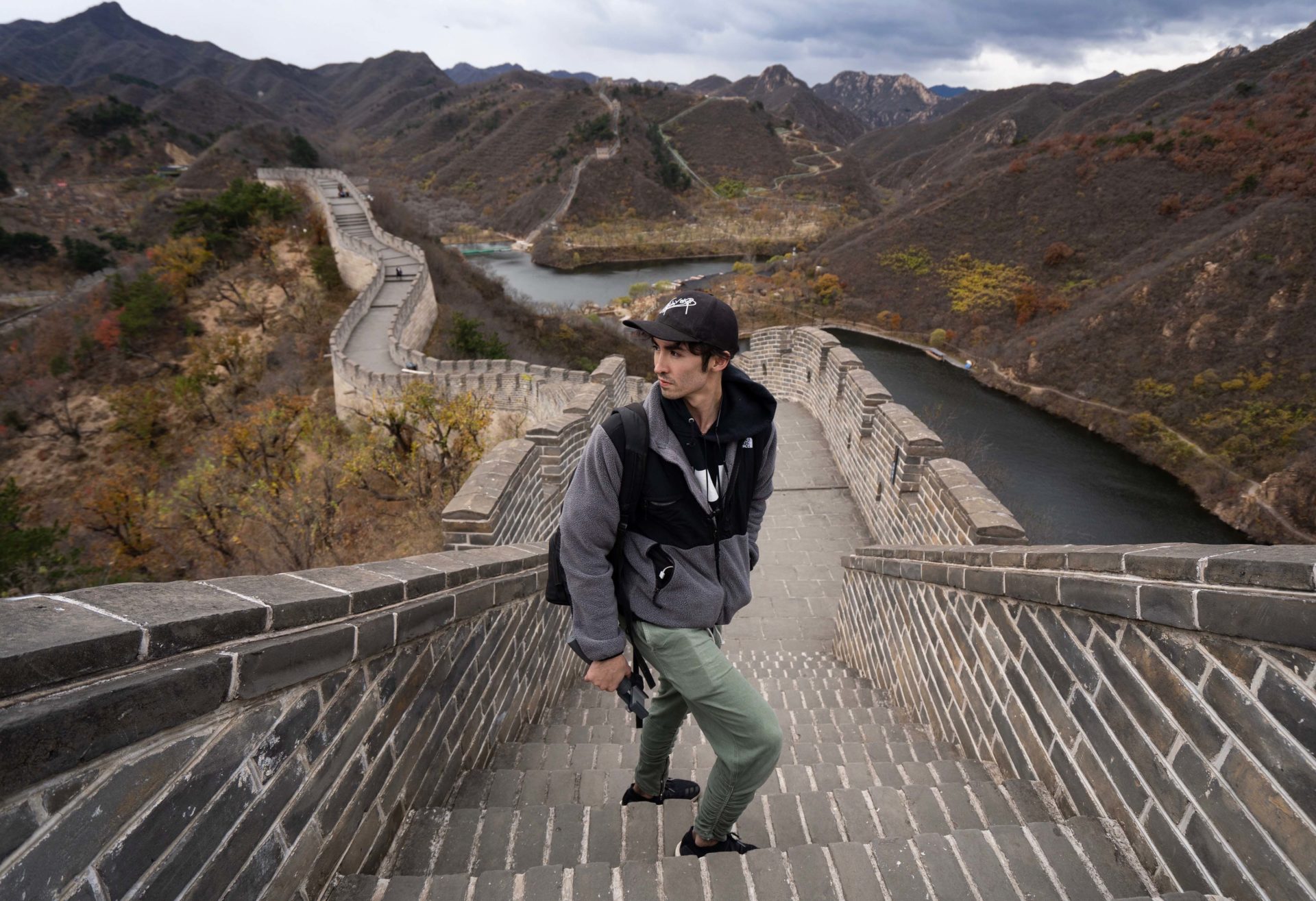 With all eyes on Beijing right now for the 2022 Winter Olympics, we’re more interested in the parts of Beijing that only the locals know about. So, who better to ask than our latest LUXE Insider, Steven Senshan – a half-Japanese, half-Canadian photographer and videographer who heads up the Xiaomi Visual team in Beijing.

“A few years ago, I read a book about a man who walked every single street in New York City in order to better understand the city he calls home,” says Steven. “After moving to Beijing, I decided to do the same, not only as a way of exploring the city, but also to improve my Chinese language and photography skills.”

Below, Steven shares his top spots in Beijing, including the best places to get snap-happy, authentic Japanese food, and even play pick-up hockey!

On weekends, you’ll most likely find me in one of Beijing’s countless alleyways, otherwise known as hutongs. Dating back hundreds of years, some of them all the way back to the Yuan Dynasty in the 13th century, hutongs are the historical and cultural heart of Beijing and they represent everything that I love about the city. While Beijing transforms into a futuristic metropolis, hutongs feel like places frozen in time – a place for me to escape from the bustling city and connect with the past.

Insider tip: Most tourists end up going to the most famous hutongs like Nanluoguxiang, but take a stroll down any street within the second ring road of the city and you’re bound to find a hutong with its own distinct characteristic and flavour.

The Summer Palace is an architectural and cultural triumph and a true testament to ancient Chinese design, but I’m more interested in Kunming Lake, which sits right next to the palace. It’s a great place to go for an evening stroll and to get in touch with nature.

Insider tip: In the summer, take in thee stunning sunsets over the western mountains, and in winter, slide your way across the lake in little carts (a local favourite).

There’s a saying in Chinese that “He who has never been to the Great Wall is not a true man” (不到长城非好汉). During my time in China, I have visited the Great Wall over 10 times – and left each time more amazed than the last. What most people don’t realise about the Great Wall is that there are many sections of it, not just around Beijing but also throughout China.

Insider tip: First, avoid the two most touristy sections of the wall (Badaling and Mutianyu) as you’ll be swimming through crowds of people. Second, if you are staying in Beijing for an extended period of time, try to see the Great Wall in different seasons – my favourite would have to be in the winter as there is nothing like seeing the ancient wall covered in snow.

Everyone knows about The Forbidden City, but most people don’t know is that your visit shouldn’t end at the exit. Right to the north of it lies my favourite place of all in Beijing, Jingshan. It is a man-made mountain right in the middle of the city, giving you an unmatched view of Beijing. The best time to come here is definitely for the sunset as well as right after a Beijing snowfall, but get ready to fight through hoards of visitors.

Insider tip: Look for the tree on the west side of the park and shoot through it to get a perfect natural framing of Beihai Park.

Beijing has many amazing restaurants, but one of my favourites has to be Zhang Mama. It has some of the best Sichuan food I’ve ever tasted, and I love it so much that I actually order takeout from there once a week.

A bit off the beaten path, Bayi Lake is a small lake next to Yuyuantan Park and the old CCTV tower. During most parts of the year, it appears to be just like any of the many lakes scattered across Beijing, but when winter comes, local Beijingers come out on the frozen lake to play pickup hockey (or “shinny,” as we like to call it back home in Canada).

Over the years, I’ve made my way out here to play my favourite sport with the locals – it’s my special place where I feel at home.

For my all-time favourite restaurant in Beijing, I would have to go with Banqianshisheng near Gulou. Not only does it have some of the best Japanese food in the city, but as soon as I enter the restaurant, I feel like I’m back in Tokyo. Everything from the bustling décor to the authentic cuisine takes me back to Japan.

Insider tip: Look for the beautiful display of Daruma dolls at the entrance, which are good luck charms in Japanese culture.

Looking for more insider tips on Beijing? Nab a copy of the LUXE Beijing guide: