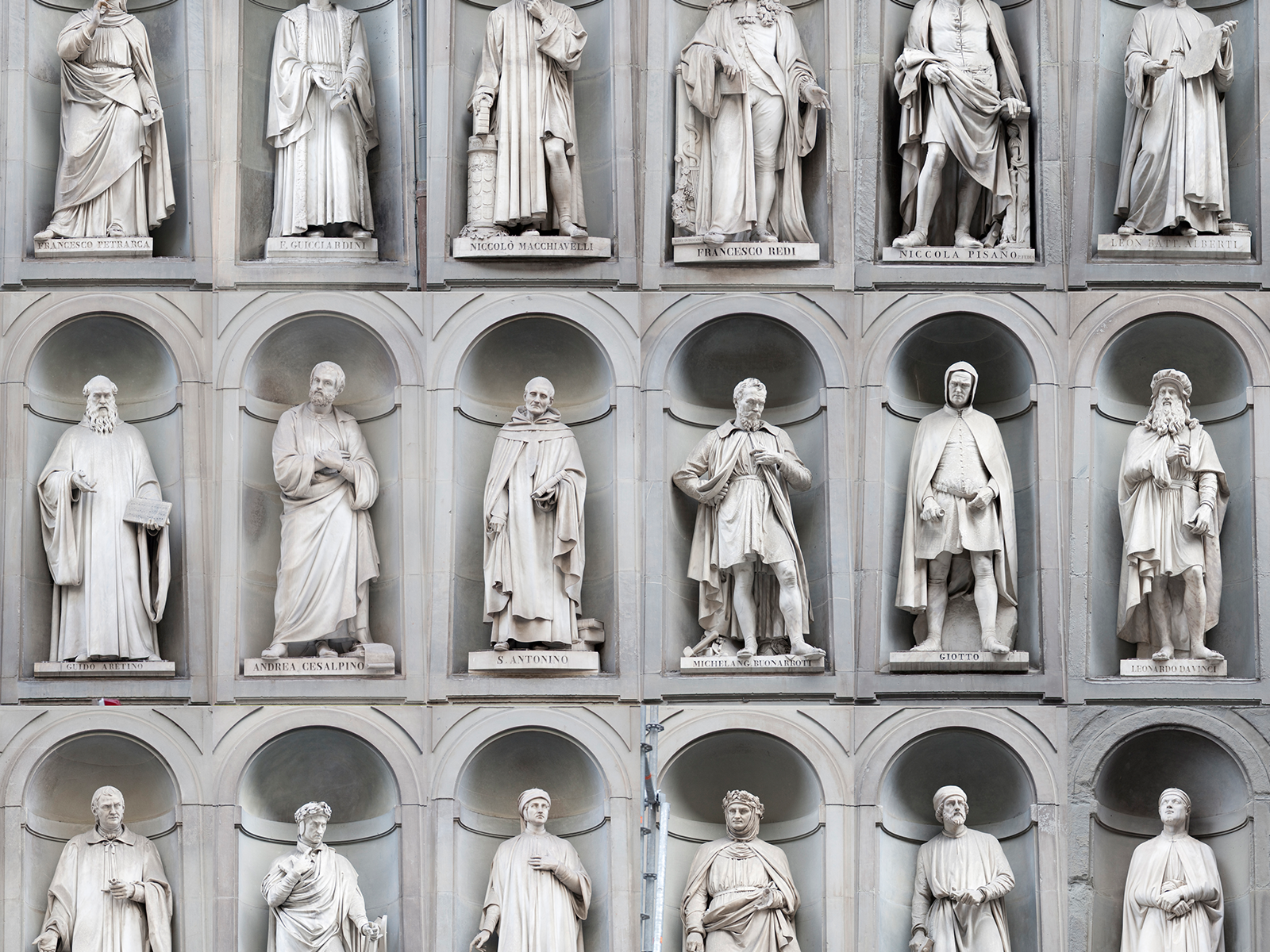 Florence may be dour and medieval from the outside, but she’s also home to the greatest blaze of art the world has ever seen. Tiny n’ packed like Pam Anderson’s bikini, Flo is so steeped in the fabulous Renaissance it’s easy to forget she’s also a stylish little kitten…

When to Visit: The entire city shuts down and goes en vacance in August

Transport: Taxis are a yawny off-white and CANNOT be hailed on the street; it should go without saying, but Segway tours are completely ridiculous. Walk or bike instead

Museums: Though unmissable, the Uffizi means parlous queues and noisy group tours. Steel yourself with a hot choccy while you wait, Kate

Counterfeits: Purchasing rip-off handbags from the masses of street hawkers can land you with a €10,000 fine, so go legit

Shopping: Afternoon (1-3.30pm) and Sun/Mon closing times for shops – both inconvenient and so irritating. Plan ahead

Coffee: One should NEVER drink a cappuccino after a big meal, and in theory not after 11am

Events: Men’s fash fest Pitti Uomo is staged Jan and Jun. Lots of eye-candy and fun events, but nigh on impossible to get reservations and taxis; just after Pitti Uomo is Pitti Bimbo (kiddie fash and prods) which is gaining momentum too

Culture Goss: Museo dell’Opera del Duomo has reopened behind the Duomo after a multi-million euro renovation and several years of closure – and it’s GORGEOUS

Taste Fair: At Stazione Leopolda (the old train station on the west edge of the centro) and running in Mar  – think artisan cheeses, beers, oils, caviar, etc. The same week there is Fuori Taste, a series of culinary events and presentations around the city

Sport: Calcio Storico, Florence’s unique sport dating to the C.16th, is a combination of rugby, soccer and boxing. There are four teams for the four traditional neighbourhoods (Bianchi, Rossi, Verdi, Blu) which dual it out every June in Piazza Santa Croce. The final game is on June 24, Florence’s patron saint day (Saint John the Baptist)

Maggio Musicale: Flo’s classical music and opera festival with international guest musicians and singers runs end Apr-June in the new concert hall on the west edge of the city by the Cascine Park

Teatro Niccolini: The oldest theatre in Florence, has been transformed into a cultural centre with original theatre plus bookstore, exhibition space, and caff

A Day Trip to Pasadena

Hong Kong Yoga Studios to Get Your Zen On