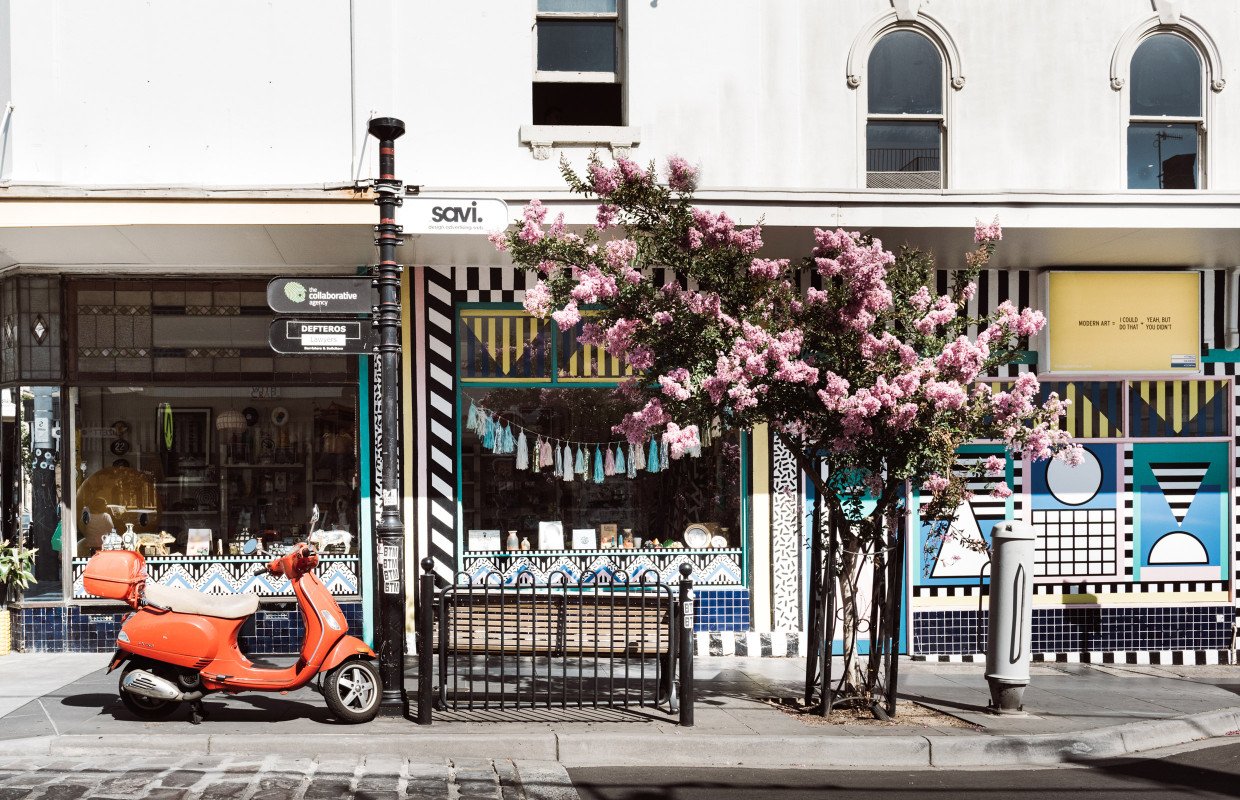 As the new LUXE Melbourne print guide rolls off the presses, resident curator Sophie Davies feels the pulse of Australia’s most creative city.

Melbourne’s got it going on. Ask Australians which is the country’s most creative city, and most will doff their caps to Melb. The Victorian state capital’s rep for cutting-edge food, fashion, festivals and design goes before it, and don’t even get us started on the coffee…

Penning the latest LUXE print guide to Melbourne – and pounding its stylish streets and secretive lanes – I was struck by the ever-evolving hotspots of this charismatic city. Since moving to Melb’s inner-north Fitzroy in 2009 I’ve seen neighbourhoods rise and fall, as the tentacles of gentrification reach out. So where should you head to make the most of this happening destination right now?

Ten years ago Fitzroy was all about hippy-indie Brunswick Street, with its vintage clothing stores, vego restos and quirky bars. You were more likely to go to Johnston Street for kinky undies than fab furny; Gertrude Street was still dominated by ‘for rent’ signs, and Smith Street was the grungy domain of pioneering Collingwood warehouse dwellers and under-the-radar gay clubs.

Cut to 2016 and Brunswick Street still has some standout bars (cheers to you Black Pearl and Naked in the Sky) but her gentrified neighbouring stripes are now the true northern stars. Hip-chic Gertrude offers a smart edit of niche fashion, local design and stylish restaurants (don’t miss chef Andrew McConnell’s wow wine bar Marion and new mod-Sino diner Ricky & Pinky, as well as Asian-fusion cafe flaves at Archie’s All Day).

Smith is also a hotspot, thronged with fab venues, from local artist-repping galleries and retro decor stores to edgy mod Oz eateries. The surplus is spilling into the easterly side streets which are now spotted with produce-perky delis, Japanese cafes and fash boutiques. Wander down Peel Street, home to intimate grocer-caff Oxford Larder, or head further north to the creative cluster of Sackville, Keele and Easey streets (where so-Melbourne-it’s-silly Easey’s serves up banging burgers and craft ales in converted train carriages on a rooftop.)

The southside has also seen big changes. Fashionistas and lady lunchers continue to sashay down the South Yarra stretch of Chapel Street for staple Oz labels, but seekers of edgier fare are increasingly pootling further on to Prahran to savour hipanista style on and around rapidly rejuvenating Greville Street. You’ll discover a fistful of feisty interiors and art emporia here, from creative design store Third Drawer Down to illustration/street art specialists Signed & Numbered.

Still further south below High St, Windsor’s once-dodgy section of Chapel has now got serious game. Pick up mod lumberjack looks at The Windsor Annex, get your design-art on at Bromley & Co, sip on yuzu citrus sake at Tokyo Tina, or chase Malay-Singa share plates with craft beers at Hawker Hall. Cred cocktail bars, cafes and curios are yours to command in this youthful hood that’s still a haven for locals in the know.

Back in the CBD, the perennially stylish Flinders Lane continues to woo with wow eateliers, crafty sip spots and brill boutiques, including the brand new flagship of iconic Melbourne fash label Alpha60. The surrounding arcades and laneways also hide a stash of covetable booty, just look for the unmarked door, down a back alley (or make it easy for yourself and get the new LUXE Melbourne guide for all our picks). A shot in the arm for the city’s boutique hotel scene, QT Melbourne has landed with a bang on Russell Street, teaming a Gallic brasserie and Japanese-Korean laneway bar with rooftop drinks, natch!