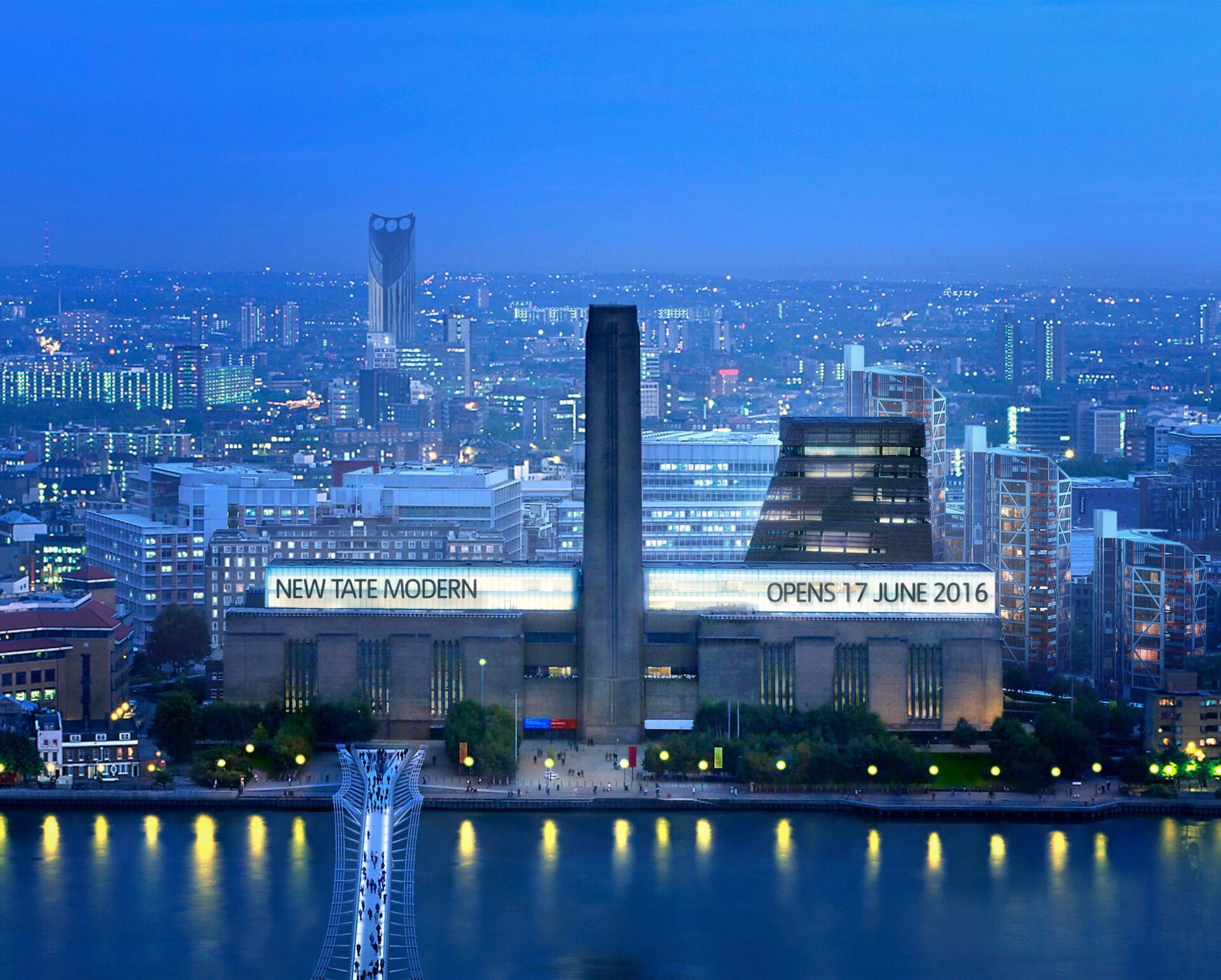 Tally-ho, Tate-rs! Having grown far too big for her Bankside bra, London’s best-endowed mod art doll is set to whip the covers off her long-awaited extension on 17 June. She’s bigger, she’s bolder, and her ample bounty is poised to steal the summer scene, so there’s no better time to cock your brow and get critiquing. St-ART your engines…

The three uppermost floors are dedicated to the masses, with an up-top viewing deck offering soaring Thames and St Paul’s vistas, a full-service resto on nine, plus an exclusive Tate Members lounge where the initiated can mwah mwah in peaceful seclusion. Down below, the foundation level oil tanks will play host to a roster of visiting installations, live performances, talks and film screenings – but hands off the mounted police fillies, they’re ‘art’, it seems.

Even before her expansion, the Tate a la mod could easily become an all-day affair, but if you manage to drag yourself away from the Weiweis there are bustling and fabulous surrounds to explore too. Leg over your Santander Cycles steed (pick one up from the myriad terminals, or download the app), and off you go!

If you’re braving the Saturday throngs, best fuel up first with a java hit at Bermondsey’s Monmouth Coffee, tucked neatly under the Spa Road railway bridge. Or, for more substantial sustenance, pootle on to local flavour strip, Druid Street Market, where Sri Lankan staple Weligama and vegan curry boîte Spice Box get tongues tingling. Maltby Street Market runs parallel, plus it’s open Sundays too; or if it’s mid-week, Monmouth’s sis in Park Street will do, and the insanely popular Borough Markets are a tad less swarmy and thus worth a gander.

Refreshed? Good, because there’s more to come. Scoot up the riverbank for a landmark moment at Tower Bridge, before popping into gorgie Southwark Cathedral (forgive me Father, for I have binged) and old Willy’s Globe Theatre to pick up tix for later. A quick swig at Bermondsey Street tapas tippler Jose or big bro nabe Pizarro and it’s back to your swanky digs at riverside bunker Mondrian London.