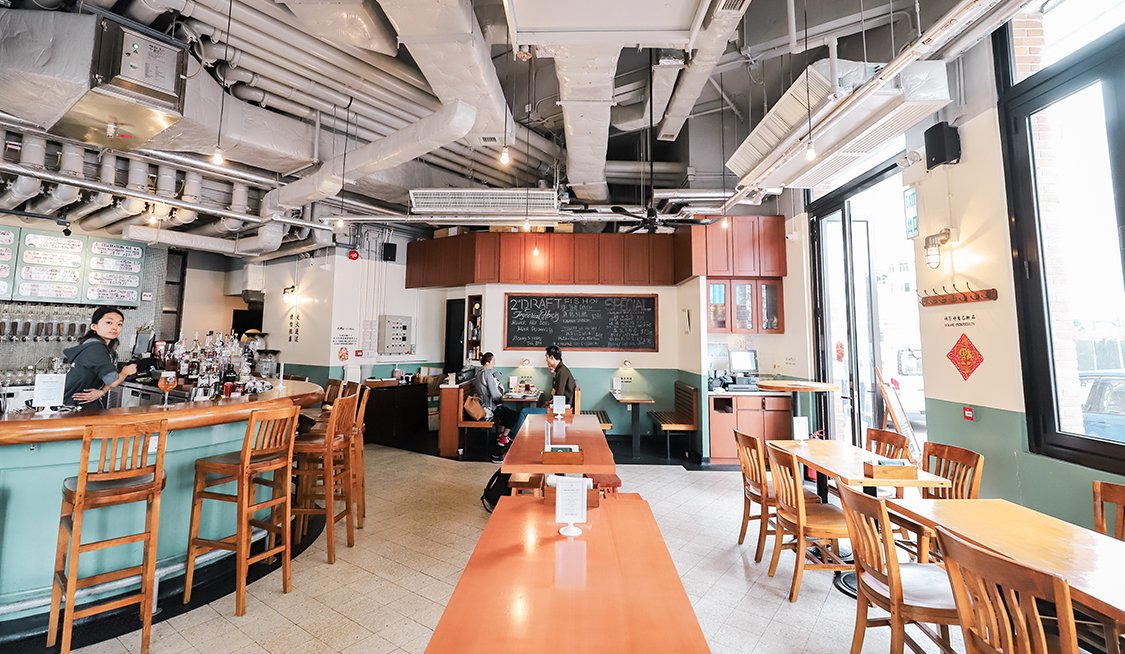 Are you looking to escape the obvious in Hong Kong? Simply arm yourself with a LUXE Hong Kong guide and Bob’s your uncle. Alongside our recommended edit of where to sleep, eat, drink and play, you’ll discover the city’s diverse neighbourhoods. Here’s a snapshot of just one: the quiet and quaint corner of frenetic Causeway Bay known as Tai Hang.

Located to the south of Victoria Park, a pleasant stroll away from some of the city’s most congested thoroughfares, Tai Hang is an unhurried enclave with working-class roots. A slum until its redevelopment in the 1990s, it retains the distinctive charms of old Hong Kong, even in the face of gentrification. By day, auto-repair shops clang and clatter and dai pai dongs – open-air food stalls – do a steady trade of steaming milk tea and glistening char siu pork. When night falls, it comes to life again, this time with the chatter of the city’s millennials, who gather to savour modern Cantonese bites and sip on craft brews.

To get a real feel for Tai Hang, daylight-to-dark visits are encouraged, and, although compact, its grid-like warren of narrow streets and side passages are a delight to explore. Architect Tommy Pao-Watari, who worked on a project in the area, was attracted to what he calls its beautiful mistakes. “The streets are small and riddled with alleyways, the buildings have quirky outcrops and small repurposed alterations, and the charming scale of the blocks hints at a past life of a very closely-knit community,” he says.

For a taste of true Hong Kong comfort food, join the queue outside beloved dai pai dong Bing Kee (Next to 5 Shepherd St). Renowned throughout the city for its rather potent naai cha (milk tea), it also serves a tooth-achingly sweet French toast that is as delicious as it is indulgent. For a more contemporary take on local tea culture, venture a few paces down the street to Jrink. Popular with fans of film cameras and those for whom style seems effortless, this charming tea shop pours a wide selection of loose leaf brews in photograph-friendly minimal surrounds. It also sells the teas it serves, many in luggage-appropriate gift sets and beautifully decorated miniature tins, which make for the perfect present.

When writer and editor Pavan Shamdasani swapped Sheung Wan for Tai Hang four years ago, he found somewhere that he was proud to call home. “It’s literally a village smackdab in the middle of the city, a quiet, low-rise local escape that’s just streets away from the endless bustle of Causeway Bay,” he says. “And while hipster bars and restaurants are forever trying to take over the area, the soulless ones quickly fail while the ones that remain add enough character that they fit in effortlessly. For someone who considers themselves forever a Hongkonger, that contrasting blend of nostalgia and forward-progression is strangely comforting.” He recommends neighbourhood watering hole Buddy Bar for its “great cocktails and good beer list, all at affordable prices.”

Of the hipster haunts that succeed, Second Draft is worth whiling away an evening at. The second project from Asia’s Best Female Chef in 2017 and local hero, May Chow, in collaboration with Young Master Ales, the city’s leading craft brewery, the spacious spot is perennially packed with Hong Kong’s bright young things. A true gastropub, the dishes excite as much as the beers, and although both menus are constantly evolving, bold interpretations of classic local flavours are guaranteed.

In spite of Tai Hang’s relaxed reputation, there are three days of the year when it is anything but calm. The area’s Fire Dragon Dance dates back to the 19th-century, when villagers first performed the ritual in an effort to stop a spate of bad luck. Now observed over three nights for Mid-Autumn Festival, it takes around 300 performers and 24,000 incense sticks to bring the enormous dragon to life and parade the streets each evening, making it a spectacular sight to behold and a living example of the city’s rich cultural heritage.

That this ceremony plays out against the backdrop of Tai Hang should come as little surprise – it is one of few places left in Hong Kong where the old is as lustrous and loved as the new, an alluring mix that makes it a must on any visitor’s itinerary.

Explore more of the Fragrant Harbour…