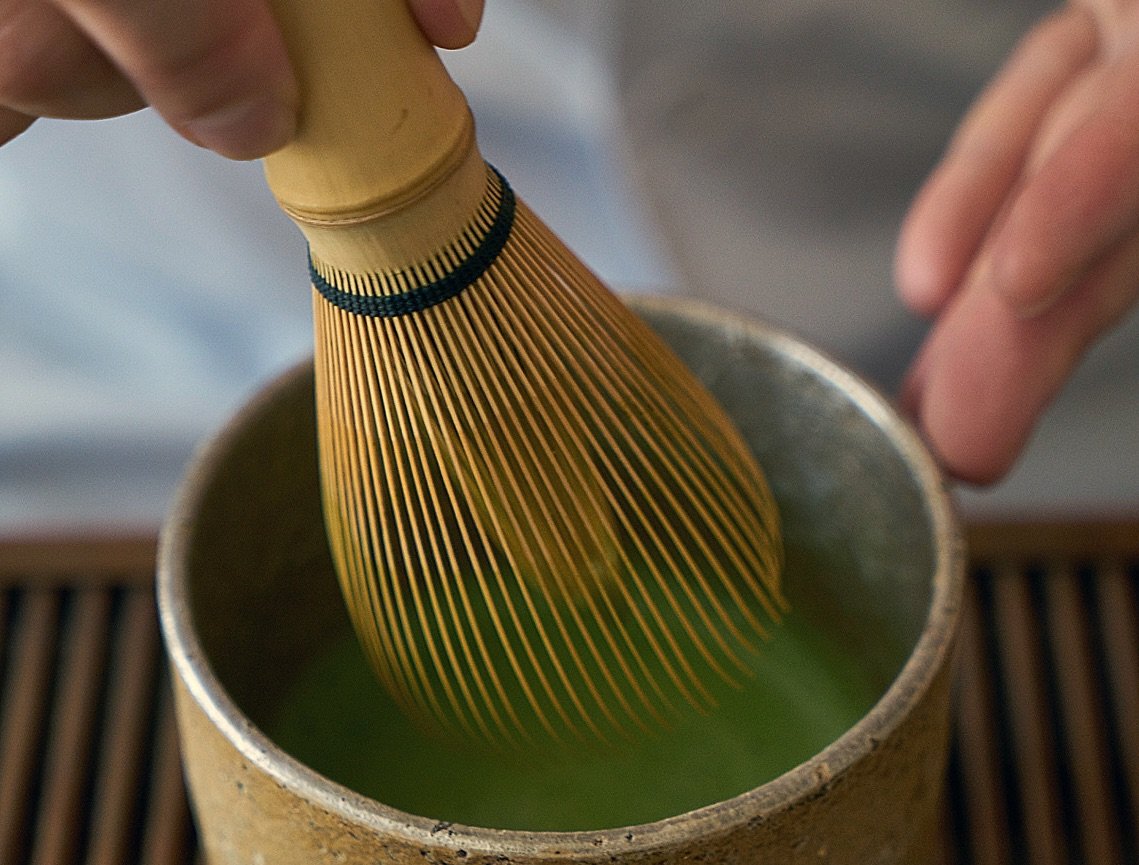 In light of her new book Tokyo New Wave: 31 Chefs Defining Japan’s Next Generation, Fazzari shares a collection of her own snaps which highlight some of Japan’s leading culinary talents and the country’s distinct approach to gastronomy.

Owner and culinary whizz Yoshiteru Ikegawa (L) and his apprentice Kohei Onada (R) snapped at Torikado in Meguro, where the focus is yakitori. Chef Ikegawa is considered to be one of the best yakitori masters in Japan and the world. He opened his second restaurant to mentor up n’ coming chefs and to pass on his love for the Nippon speciality. Succulent chicken thighs are pictured at right.

Chef Hiroyuki Sato, known for his shari (seasoned rice) and charismatic personality, and staff at his chic eatery in Ginza, Hakkoku (which means black and white). Right: he prepares otoro, one the most desirable parts of the tuna belly. It is the fattiest and softest, known for its marbling and soft pink colour.

Shinya Sakurai, a tea master mixologist, photographed at his tea salon, Sakurai Tea Experience in Omotesando where guests can enjoy tea tastings, ceremonies and even inventive tea-based cocktails. All his blends are sourced from Japan, and are served with sweets that are just as beautifully designed and conceived as the stylish, minimalist interior.

Tea master Shinya Sakurai preparing matcha from Kyoto. Matcha is a powdered form of green tea leaves, high in antioxidants. It is dissolved in hot water and whisked until it becomes froth using a bamboo whisk called a chasen. Right: himuro tofu (Kokonotsu), a slightly sweet handmade tofu encased in agar-agar gelatin, topped with a single cherry blossom, made during the spring sakura season.

Chef Noboru Arai with his wife and daughter outside their two Michelin-starred restaurant, Hommage in Asakusa. Arai grew up in Asakusa, and the family live above their restaurant, which specialises in innovative dishes with a European influence. Chef Arai’s take on carbonara is made with egg, cheese, truffle and a smoked onion crust.

Left: Chef Noboru Arai’s caprese with mozzarella foam, mozzarella crisp, tomato, marigold and tomato water. Right:  Sensoji, the oldest Buddhist temple in Tokyo, built in C.7th. It is one of the most famous attractions in Asakusa.

Where to Eat in Manhattan this Summer

A Day on the Plate in Milan with Roberto De Rosa