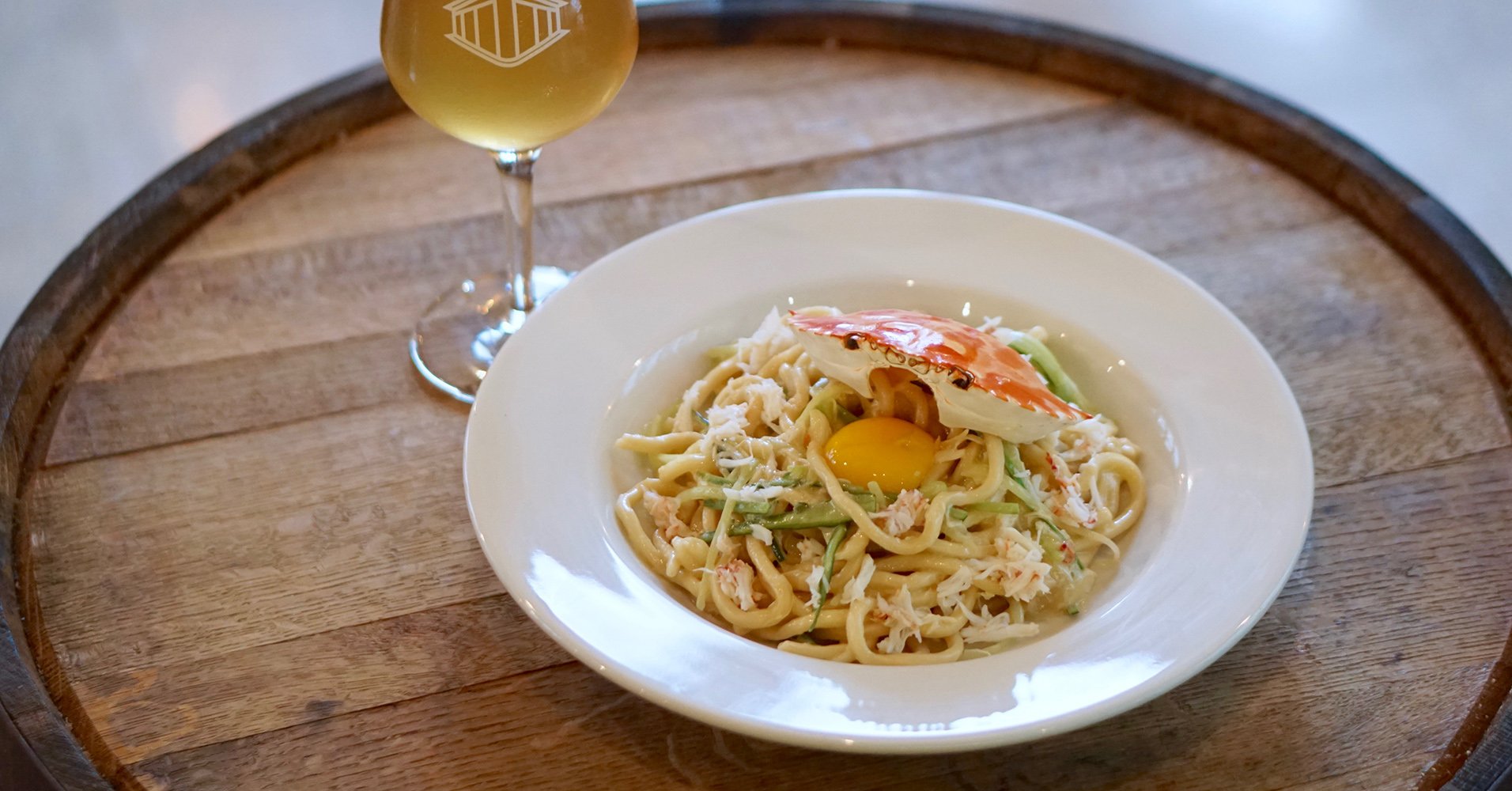 Not a week goes by that I don’t get an email asking me where Hong Kong’s best traditional dim sum or wonton noodles are.

And while I love the classics, I’ve always wondered why we didn’t have restaurants creating contemporary interpretations of Cantonese food, particularly when modern Japanese food and French nouvelle cuisine have been in the culinary vernacular for decades.

But finally the gastronomic tides of the Fragrant Harbour are turning. The past couple of years have seen a new wave of Chinese food bubble to the surface, where the flavours and textures are distinctly Sino, but the techniques display a modern, global-influenced edge.

Take for example, the crab pasta at Second Draft in Tai Hang, a gastropub with a huge range of top craft beers. This dish doesn’t sound Chinese at all, but when it arrives at your booth table, a closer look reveals the presence of flower crab, a species native to the South China Sea. Stick your fork in and you’ll also notice the ‘pasta’ is similar to the thick noodles often used in stir-fries, and that the dish is served with dark Chinese vinegar and julienned cucumber, just liked steamed crab in Shanghainese restaurants.

The chef behind Second Draft is May Chow, who pioneers Cantonese-American fare at her diminutive Staunton St eatery Little Bao, and was recently voted Asia’s Best Female Chef by Asia’s 50 Best Restaurants.

At Second Draft, Chow has pushed her signature mod-Canto style further; her HK French Toast is a clever take on the retro dish of the same name served at many cha chaan teng (local HK cafes). The ‘traditional’ version , is essentially a deep-fried peanut butter (or coconut jam) sandwich, but at Second Draft, the thick golden bread benefits from temperature-controlled frying, and is topped with a slice of foie gras mousse, in place of the old school wad of butter.

Over at Dragon Noodles Academy, they’re also not afraid of some kitschy retro-Sino flair. Too-big-to-be-gaudy hand-worked dragons, lions heads and golden lettering make the recently opened diner look like a ‘70s throwback, but the food is pure forward thinking.

Poached chicken with ginger is a staple at Cantonese barbecue shops, and on an off day, it can be dry from overcooking. Here, however, they debone the chicken, roll and tie it (think roast beef, or porchetta) and cook it sous vide, so that it is always a joy to eat.

This gentle method of cooking in a water bath is also being utilised by Lau Chun, who runs Kin’s Kitchen with his parents. It’s a particularly great application for their dish of deep-fried pigeon with leeks, keeping the bird plump and juicy.

Chun is also looking ahead by working closely with a local farm, Yi O on Lantau island. Rice that’s grown in Hong Kong has been unheard of for decades, but a couple of years ago, Chun got his hands on a harvest and has been serving it at Kin’s Kitchen ever since. Farm to table to him isn’t a current food fad – it’s a way of future-proofing the city’s food supply.

We can only hope more Hong Kong chefs follow his lead, both in championing regional produce and reinventing local flavours. Judging by the packed tables at all of the aforementioned, there’s certainly an appetite for contempo Cantonese done well.

Globetrotting foodie and social entrepreneur Janice Leung Hayes is an expert writer on food – from where it’s sourced, to where and how its made, served and eaten. Follow her on Twitter and Instagram @e_ting

Iris, Dubai: Under The Arabian Sky