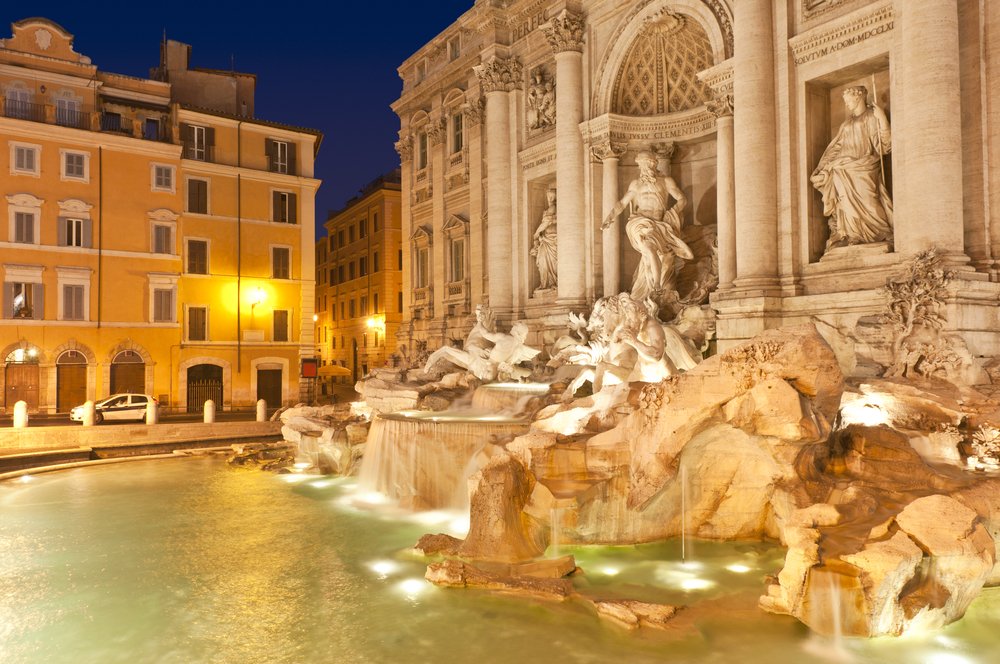 Ah, Rome in the summertime. Alfresco aperitivo, sunny Tiber-side strolls, Audrey, Gregory and… heaving throngs of tourists! The warmer months in the Italian capital can feel more crowded and sweaty than a Berlusconi bunga bunga – especially if you’re intent on visiting the big landmarks.

But that’s not to say a rabble-free Trevi trip or Sistine Chapel private viewing can’t be achieved; smart jetsetters just need to know where (or when) to look. So hail a strapping driver and headscarves on – time for sightseeing a la LUXE!

Inaugurated in 80 AD, the world’s largest and most famous amphitheatre has played host to gladiator fights, ship battles and bear brawls. Way back when, it could hold 80,000 screaming spectators – roughly the same number you’ll find queuing in front of you come July.

For a more intimate Colosseum contemplation, try the small group Underground and Third Ring Tour bookable online or via the Colosseum ticketing service. Do, and you’ll get fast-tracked entry through the gate, insights from a historian guide, and access to levels otherwise off-limits to less savvy sightseers. To boot, there are the stunning on-high vistas of the Palatine Hill and Roman Forum.

Rather scope it from afar? Gaze while you graze with close-enough-to-touch seats and tasty comestibles on the terrace of Palazzo Manfredi’s Mich-starred rooftop stunner Aroma.

See it smart: Go before dawn

Her Travertine stone is looking spiffy once more, following a lengthy fix-up funded by the Fendis, but with restorations wrapped, the coin-tossing selfie-snappers are back en masse.

Don’t waste precious time trying to squeeze to the water’s edge for your Anita Ekberg moment – besides, it will likely be marred by a coach-load of Contikiers angling for their group shot. Instead set your alarm and get there for the exquisite pre-dawn twilight, when you’ll likely have no one else on the scene but the water-spouting statues. (Nb: avoid Mondays when the basin is usually drained and CARITAS cleaners vac up all the coins).

This is it – the epicenter of Roman antiquity for over a thousand years. But it wasn’t built in a day, and you won’t see the best of it in one either. In fact in sticky summer, the shadeless jumble of temples, arches, atriums and palaces is better avoided altogether. Instead, see the site on a heat-beating Night Tour (from May-Oct) when the ancient archi is spot-lit and spookily sublime.

See it smart: Picnic or performance

Rome’s original playground was once the spot for old school entertainment (chariot racing, burning at the stake, you know, the usual…) but these days, the undeveloped stretch of land is far less lively with little remaining save for some ruins and a patchy splash of green. On the flip side this means it attracts fewer visitors than other sites and, even when busy, there’s ample space to sit, saunter, ponder or picnic.

The best time to go is at sunset when it’s perfect for a glass of bubbles and an ogle at Palatine Hill. Or, do as the Romans did, and come for a show – the site hosts regular summer evening concerts and events.

See it smart: Go early, late or in bad weather

Rome’s most famous dome and one of the best preserved examples of ancient architecture in the Eternal City, thanks in large part to its continuous use as a place of worship for more than 1400 years.

Most tour mobs roll through between 10am-2pm so these are the key times to avoid. Make your approach closer to opening or closing (at 8.30am or after 6pm respectively) – you won’t see the oculus at its brightest but long summer days mean it will still be light enough. The Pantheon is also enchanting in the rain when water streams through the roof’s opening.

See it smart: Evening or After Hours Context Travel Tour

Mikey’s iconic masterpiece is almost always swarming with soon-to-be crick-necked legions, and rest assured nothing sours the superb frescoes faster than a khaki and fanny-pack deluge. Context Travel’s Evening Vatican Tour gets you into the painterly chapel and the Vatican Palace on a relatively tranquil Friday evening. Or, if you’re feeling extra flush, opt for the ultra-exclusive After Hours Vatican Museums Visit where you’ll have the Gallery of Maps, the Tapestry Gallery and more almost entirely to yourself. Arrivederci, suckers!

7 Books To Inspire Your Next Journey