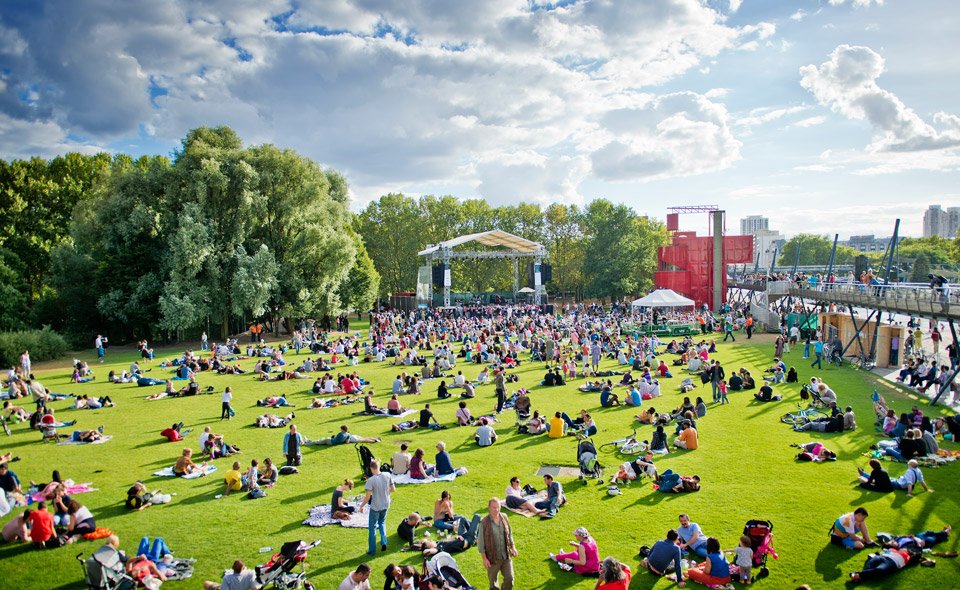 Strutting into the City of Love over the coming months? Make the most of the long days, light evenings and balmy temperatures with these alfresco pop-ups, festivals and performances. Fabuleux!

A summer staple, the Paris Plages that pop up Seine-side are a tad touriste but fun nonetheless. Pull up a lounger in one of three locations: on the right bank between Pont Neuf and Pont de Sully; a sandy stretch by the right bank quay; and in the city’s northeast along the Bassin de la Villette canal – complete with swimming pools should you wish to take a dip. Expect a host of leisure activities including petanque and beach volleyball, plus kids games and food options galore.

Another La Villette option is the Open Air Cinema Festival, which offers a month-long program of alfresco film screenings from mid July. Back this year for its impressive 28th edition, 2018’s lineup follows the theme ‘Shall We Sing?’, with movies spanning family fave The Jungle Book to modern musical La La Land and Wes Anderson’s The Life Aquatic. Sink into a deckchair, pop the vino and pass the popcorn.

Enjoy waterside street-art, live performances, pop-up stalls and merriment aplenty at the annual L’été du Canal Festival. Hop on one of the river cruises and party boats – for yet more revelry seek out the Bobigny section, replete with a dedicated party space, DJ sets and late-night shenanigans.

As summer draws to an end, travelling theatre company Tréteaux Nomades rolls into town for a series of open-air performances at Arènes de Montmartre as part of their 2018 festival showcase. Starting 27 August, this year’s program stars Hamlet and The Marriage of Figaro plus there’s a dedicated comedy stage. Nab tickets early if you want to bag a seat.

Originally written by LUXE for PenCities

For more tips on where to eat, see and shop in Paris, nab a copy of the LUXE Paris guide…

An Insider’s Guide to Rome