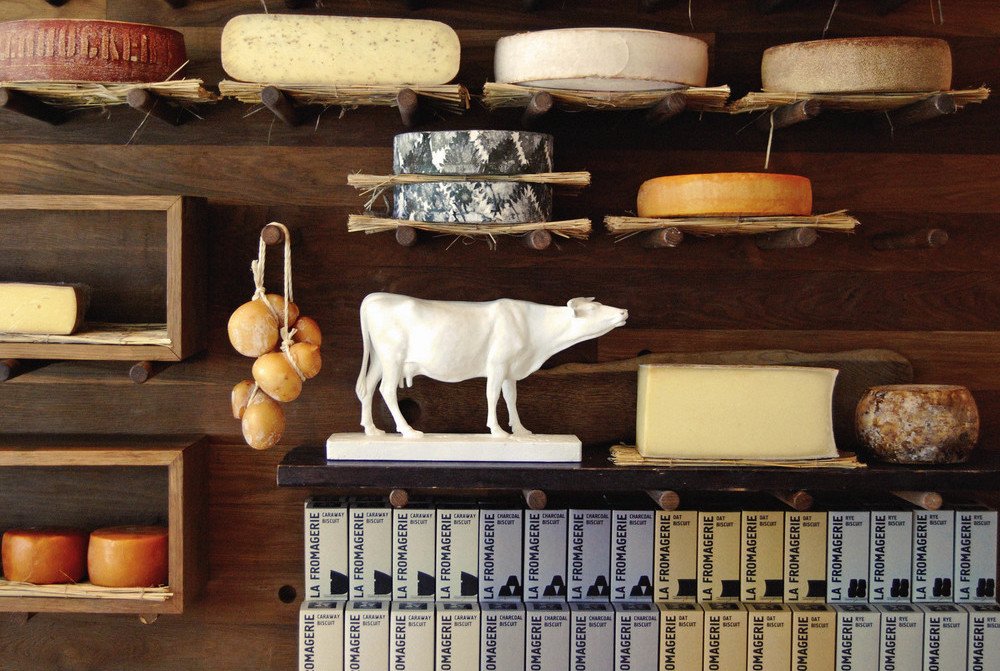 The Cheese Lover’s Tour of the World

From Emmental and Munster to Camembert, Roquefort and Gorgonzola, the addition of cheese simply makes life all the grater. So we’ve assembled our top global picks of places where dairy fairies can get their slice on, because really, what’s cheddar than cheese and travel? Knives and crackers at the ready, Freddy!

Where would one start a pilgrimage to all things pasteurised but Paris? The French capital is bulging like a young Brie with fromageries but the best of the bunch is undoubtedly that of Ouvrier de France awardee Marie Quatrehomme. Her petite boutique is packed with the very best local and international Chevrotins, blues, and her own famed beaufort. Truffles too.

In Italy it’s all about the mozzarella, bella. And it doesn’t come better than the melty mouthfuls atop the pies at Roma primo pizzeria Dar Poeta – these margaritas might even be better than the ones in Napoli, sul serio!

At Marylebone marvel La Fromagerie you can wheel around the glass-encased cheese room, pick up Manchego, Pecorino and other artisanal deli-ghts in the shop, then park your butte on a bentwood in the No. 6 cafe for British boards and a tantalisingly oozy toastie. Browse, buy and eat all in one stop – that’s pretty Gouda!

Ahh Switzerland, we are so fondue of you and your national dish. Local institution Fribourger Fonduestübli has been potting up the dip-tastic stuff since 1975. Grab a gingham-clad table and go for Ms. Ernst’s moitié-moitié, a blend of five Vacherin and Gruyère cheeses served with bread, potatoes and perhaps a cheeky Schnapps chaser.

Not many nationalities could claim to love fromage more than the French, but Brazilians certainly make a strong case for themselves. Until very recently the famous unpasturised cheese of the Minas Gerais region, queijo-de-minas, was classed as an illegal good elsewhere in the country, but that didn’t stop some dairy-loving deviants smuggling it across state lines and selling in surreptitiously. Fortunately the raw milk rounds were legalised in 2013 and are now available openly at specialist stores like A Queijaria, a cheery all-Brazilian cheese shop in Vila Madalena.

Another triple threat to the lactose intolerant is the Spanish capital’s queso cutie, Poncelet. Mixing a dandy Scandi aesthetic with some farmhouse flourishes, it serves as both a store (with a selection of Euro varieties, including picks from each of Espana’s 17 regions) and a gastro-bar with all manner of cheesy culinary creations – from sample plates and soups to paellas and burgers – plus wines to pair, too. Perfecto!

Cheese with wine or beer? That’s about as basic as a Craft single, sweetie. Oz fromage bar Milk the Cow does altogether more progressive pairings – think umami rich sake flights and cocktails like the Fig Shrub garnished with a wedge of Gorgonzola Piccante.

It might be made with Philadelphia, but there’s no doubting that New York takes the cake when it comes to the most famed cheese dessert. The slices at Junior’s are regularly cited as the city’s best but for our money that of Upper East Side bakery Two Little Red Hens is even better – a creamy, fluffy filling sandwiched between a browned top and buttery biscuit base. Dairy me!

All I Want For Christmas: SJ Lingerie