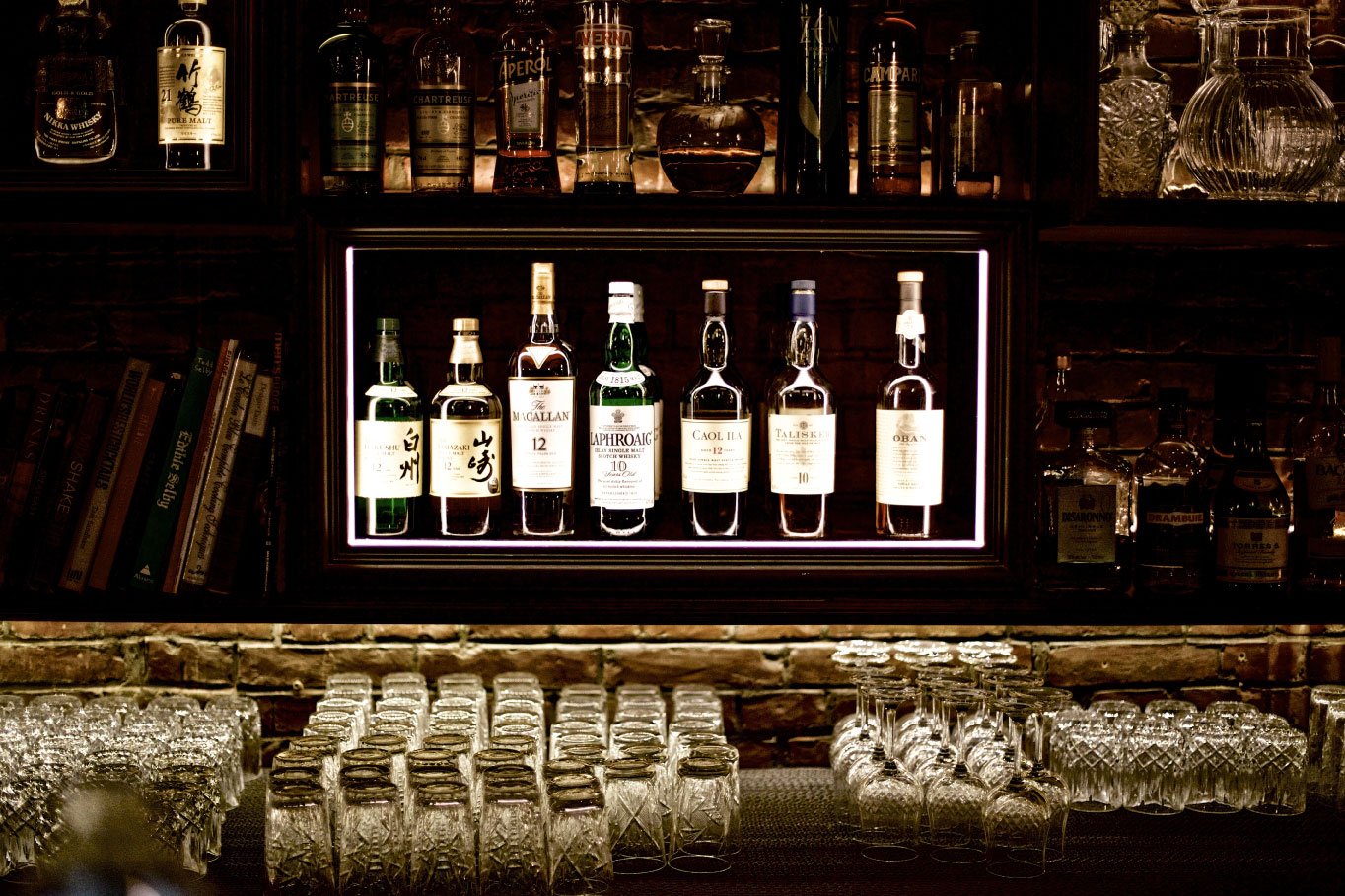 Oh humble cocktail, how do we love thee? Let us count the ways.

What began as small-time concoctions in holed-up hotel bars has now become the ubiquitous bar standard the world over, and gone far beyond the realm of Old Fashioneds and Sidecars and even the relatively new-age domain of Cosmos and Daiquiris…

But if you’re in search of more than just a decent drop, we’ll treat you to nothing but the best at some of the most special sipspots around the globe, shaking up the best tipples, both vintage and mod, to be found anywhere.

A self-styled ‘urban saloon’ responsible for kick-starting the welcome style shift in Sanlitun’s night-scape from nebulous boozers to slinky drinkers. The menu delivers mod twists on time-honoured classics, but you’ll need to hold it close to the candle to read it at this brooding bi-level, with tons of Prohibition era ’tude. Try the Filthy Martini.

The Windy City’s culinary wunderkind, Grant Achatz, applies Mich-lauded levels of molecular saucery to his liquid offerings, crafted from produce and herbs procured daily. Fans of a good Negroni should try the Truffle, appointed with a svelte sliver of – you guessed it – the fab fungus it’s named after.

The French have given us many things, not least the excellent Experimental Cocktail Club. The superb estab has become equivalent to Le Cordon Bleu for blends, and one recent graduate has gone on to open one of Paris’ most talked about – and inconspicuous – hoocheries. Behind the poster-plastered façade awaits a catalogue of concoctions, each of which expresses a palate pleasing preference for Gallic provenance.

The secret’s out for this unsigned sipper – Heck, the name itself gives the game away. Swank, sombre and semi-lit, it attracts scores of easy-on-the-eye sophisticates eager to swill spectacular American-style ’tails, such as the delightfully monikered Whore’s Bath or the rather more demure – in name at least – Modest Mule. Cin cin!

Follow the white rabbit into barmy bartender Matt Bax’s alternate world, where the concept is higher even than Bax might have been when he dreamt it up. Upon entering you’ll be handed a room number (you’re staying at The Imperial Exuberante Palace Hotel, of course), a bag of nuts and a rum-focused libations list. If this all sounds a bit Wes Anderson, that’s because it is, but behind the whimsy are some standup snifters.

8 Stunning Emporiums for All Your Beauty Needs

All I Want For Christmas: SJ Lingerie

The 5 Best Tapas Joints in Madrid