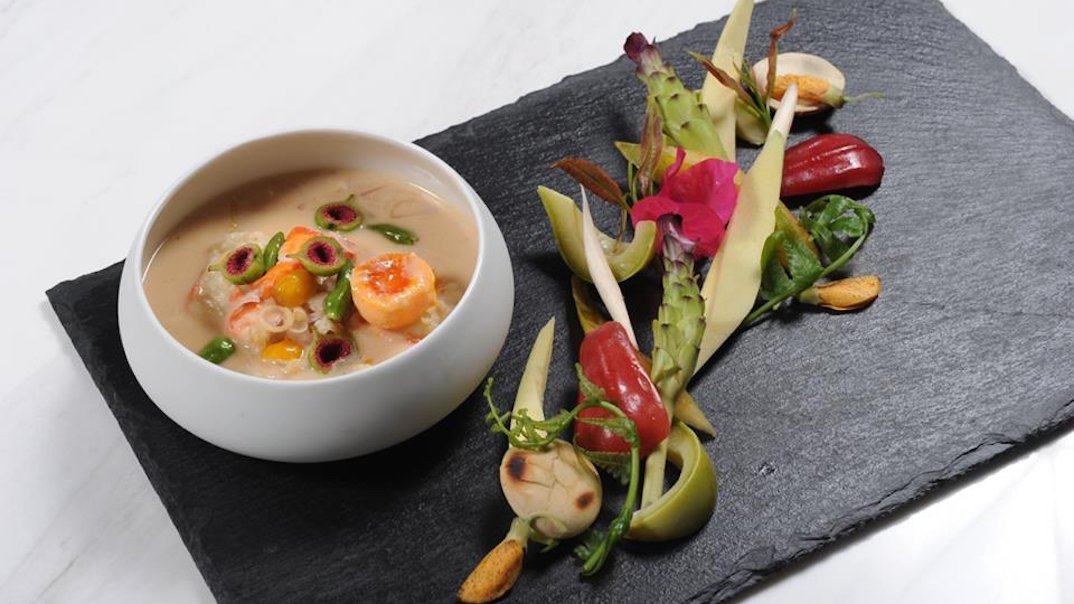 Bangkok’s spectacular food scene runs the gamut from gastronomic fine dining to sizzling street eats. It’s no wonder then, that the city’s firstMichelin Guide, launched in Nov 2017, saw the highly sought after stars awarded to a total of 126 restaurants. We list our fave top-tier tables that are worth trying on your next trip to The Big Mango.

With one glittery star to its name, Bo.lan, the brainchild of Thai-Oz and American couple, Bo and Dylan, continues to outshine many of its rivals with their ‘slow food’ approach to locavore recipes. This contemporary-rustic villa with vintage Thai decorative accents and pretty outdoor terrace might seem understated, but it has design-savvy epicures eating with glee. Book ahead.

Considering the multitude of accolades awarded to Anand Gaggan over the years for his boundary-breaking, molecular interpretation of Indian street food classics, it comes as no surprise that his eponymous eatery is one of only three restos in the city to nab two Michelin stars. Dishes are prepared using sous-vide and a bag of alchemy and it’s as if you’re tasting ingredients for the very first time. Chic decor and faultless service round out the experience; prepare to reserve a table at least one month in advance. eatatgaggan.com

What happens when pork knuckle and kasespatzle are spanked with the Sühring magic stick? One Michelin star, that’s what. Twin wunderkinds Thomas and Matthias’ creative take on traditional German cuisine has the city’s dedicated foodies returning over and again to the smartly glass-fronted, house on Yen Akat. Choose from set seven-or nine course menus. restaurantsühring.com

Dutchman Henk Savelberg closed his other restaurants to concentrate on his first overseas endeavour, and the result has been another one-star success for the culinary king. At Savelberg, expect an exquisitely composed French-Med-Dutch symphony of locally-sourced produce from The Royal Projects in Northern Thailand, served in an modish, high-ceilinged salon.

An unsuspecting restaurant tucked away in an upscale Bangkok mall might sound like a strange candidate for Michelin status, but Paste defies the odds with one recently acquired star. Calling upon historic Thai cookbooks for inspiration, Chef Bee Satongun’s refined take on traditional Thai food has earned Paste the distinction as being of the best of its kind in town. Try the mouth-watering tapioca dumplings stuffed with Royal Project smoked trout – you’ll thank us later.

For more tips on where to eat in the Big Mango, nab a copy of the LUXE Bangkok guide…

Scribe and avid foodie Chawadee has lived in Thailand on and off since 1995, and now calls Bangkok home. She enjoys all types of fried noodles, but is not a big fan of jok.Chawadee LOVES... Pies, anything with sticky rice, whiskey and Game of ThronesChawadee LOATHES... Soggy soft-shell crabs, lukewarm congee, ice wine and Dallas Cowboys